Spanish giant Real Madrid are ready to be discussed an open talk with the German playmaker Toni Kroos about extension contract. According to Marca report The vikings are going to propose the German man in the next week to expand his present deal.

The centre-half usually has linked with the side till 2020 but the Zidane’s team wanted to keep up the playmaker for more long time. They are planning to cast Kroos till 2022 or 2023.

It is second time in this summer, Real Madrid going to make extention deal with Kroos. The first one is the Portuguese Cristiano Ronaldo. The Vikings on the way to kick the same sort once again. 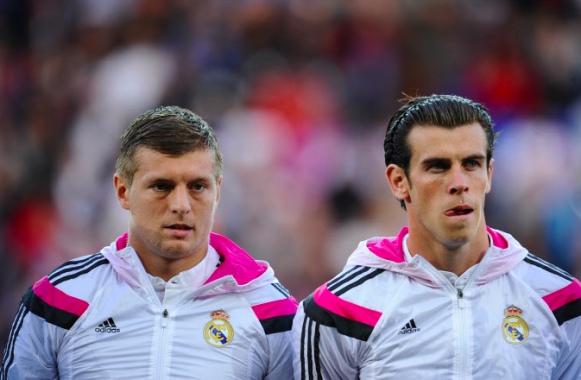 There is no doubt about the ability of Kroos. He is Such a mind blowing footballer. Since his debut in the side he proved himself in the every turn of the situation. That is the main cause why Zidane’s teal will not agree to lose the playmaker.

Toni Kroos became the potential target of Manchester United in late July. But Real Madrid refused the proposal of United. It also learnt to the source, the playmaker reportedly rejected the blank cheque offer of Mourinho in the Summer.

As the transfer Window has been shut down, so there has no chance to jump the player once club to another. So the Los Blancos target is to set the 26 years old in their side for a long time.

By stated of the report the Wales international Gareth Bale also in the same line to abstract the contract. Old Trafford were willing to pay 90 million for the Wales man in Summer window. But the Whites are not willing to sell him ahead of the campaign and blown water the United dream.

Bale is a very realistic footballer who always seemed working hard on field. Los Blancos are also planning to renew Bale’s contract, which keep him in the side till 2022.  Bale demanded 17 million euros to extend his contract. If he will be paid according to his demand, he became the second most paid player in the club after CR7.

Bale is consisting the side with six years contract since 2013. And according to the deal he has still 2 years to with the side. But the the Whites would not take any risk about the playmaker and that’s why they are hurrying to sign the 27 years Wales man.The both proposal yet not submitted but soon the two versatile player will sign the paper and complete the deal.