The Real Madrid star Cristiano Ronaldo who is also well known as CR7 deserve the Ballon d’Or 2016 for his outstanding performance in Real Madrid and also for the national team Portugal. The legend spent a wonderful season in Champions League and Euro 2016 championship and the success of both side club and International reached him in the pole position to grab the Ballon d’Or 2016. 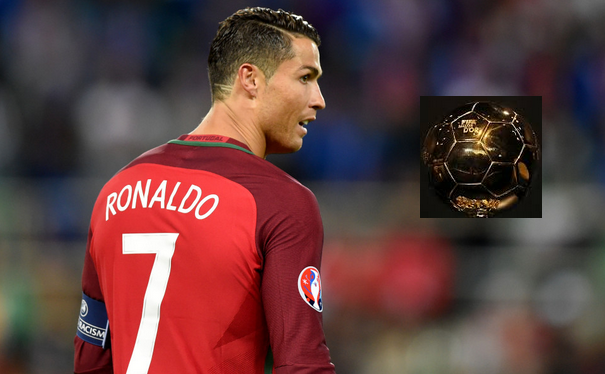 The Ivorian Drogba mentioned that Cristiano Ronaldo deserve the Ballon d’or trophy this season. He also termed that he had played against CR7 in 2008 Champions League where the game finished with Manchester United favor. The striker also added that the Portuguese became the real hero and for his brilliant breakthrough he is really the worthy of 2016 Ballon d’or title.

It is the really hot pretend to CR7 fan to get the most prestigious trophy of the year. Ronaldo chase the title three times in before. And this is again he rival with Barca forward Messi for the most favourite trophy. Messi won the title in last season. The 2015-16 season total goal score of the Vikings giant 51, among of them La Liga 35 and Champions League 16. Which is consistently more than Messi in 10 goals. Where he finished the season with 41 goals.

The 31 years striker  have been displeased by Messi in Copa America Centenario celebration year. The Argentine winger reportedly announced that time to retire from International football for third major losing  in a row. But the fighter (CR7) had not muffed at all and he proved himself in Euro Championship.

The Brazilian striker Neymar Jr. also claimed that Ronaldo should deserve the Ballon d’or trophy this year. Actually this the situation which is not denied by anyone. The truth is that Ronaldo consider a fabulous performance in ever and nobody can stand front of him.

In the last match in Euro final we also saw the madness of Ronaldo who injured after 24 minutes. Despite his injury he was desperate to play the trophy but unfortunately he could not able to part on the glory match. So what he was not included in the field, he appreciated the boys out of the field like a unbeaten fighter.

Above of all qualities it will not to be wrong if we expect that he deserves the Ballon d’or trophy 2016. It is not confirmed he will be actually got it or not but football lovers all over the world expect the trophy to his name.