Zinedine Zidane’s Real Madrid is keen to tie up West Ham attacking midfielder Dimitri Payet in upcoming summer where he will be available in market if offering much more. According to his agent, he is ready to leave the Hammers though he is still under contract with them but he wants more.

Born in 29th March, 1987, this 29 years old playmaker have already played with six different clubs since the beginning. Started with AS Excelsior in 2004/05, he always look forward. In 27th June, 2013, he joined Marseille from Lille for a reported transfer fee €11 million for two years. He was more successful than any other players there. For his extraordinary activities with ball and dribbling skill, English club West Ham United offered him £10.7 million for five years contract along with twelve months extra in 26th June, 2015. He joined their and once again proved himself. 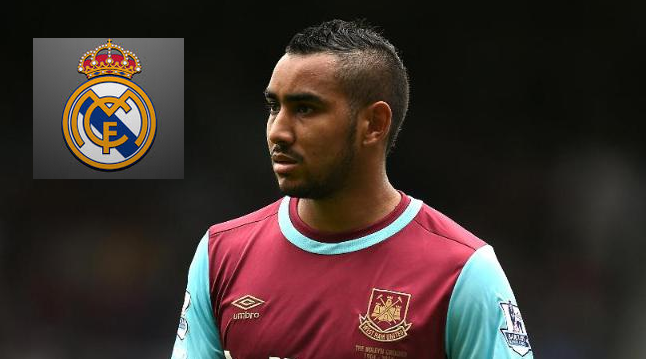 Dimitri Payet has began his journey with France national football team in 2010. Till now he has scored 5 goals by playing 23 matches. He is currently considered the best player in France where he has participated in 15th edition of UEFA Euro 2016 which is hosted in France this time. Till now, Payet scored two goals in the Euro 2016 and selected twice times man of the match.

So, obviously he is getting attracted by the head coach of Los Blancos and made him an unbelievable offer for this French playmaker.

Due to his impressive performance in ongoing UEFA Euro 2016 in France, he attracted the attention not only from Real Madrid but also English club Chelsea and Manchester City and also Ligue 1 champion PSG. All of them have offered much salary than now where Real Madrid is placed one step ahead. Current manager of this Spanish giant Zinedine Zidane also added that he is the most talented players in France as well as all over the Europe. He has found everything in Payet as a midfielder. So, Zidane wants him in Real Madrid in upcoming season.

Such an admiration from the manager of world’s one of the top club makes Dimitri Payet great satisfaction and he is very happy with it. It will encourage him to do better in next.

According to the last season in West Ham, he has played 30 matches and gathered 9 goals. With this outstanding performance in West Ham for his inaugural season, he was shortlisted for 2016 PFA Players’ Player of the Year Award.

French legend Zidane likes him so much for his struggling. When he was not in national team, he worked hard and become one of the most important player. Zidane also include that he may score goals and create opportunity for other. For his quality every club would try to collect him.

Perhaps he would join RM in next summer for their undeniable offer.