The Spanish giant Real Madrid have recently rejected the €75 million bid for Spanish forward Alvaro Morata. Report said that Premier League club Chelsea who has been shown their interest to bag the former Juve striker, is still wanted to set Morata in their side. They have thrown a lucrative offer of €75 million to grab the attacker in their side. But the Real pushed back their offer.

The Whites have recently buy backed the striker from Juventus and the deal was completed on 21st June for €30 million. It is the rule of players transfer among the club, when a club buy-back a former player the deal of bid set a cheapest rate. And now the Real expected to sell the Spanish forward without any delay. As we all know how much Chelsea interested to borrow the Spanish International. 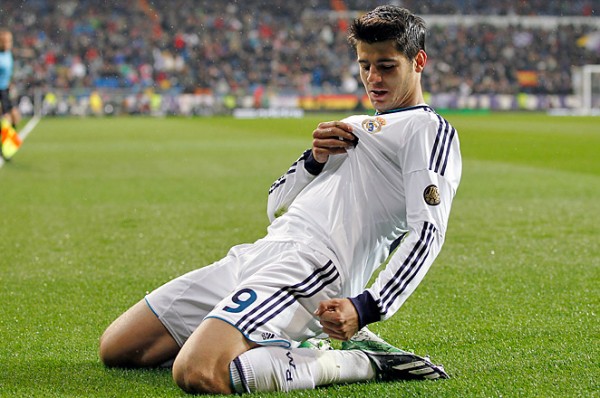 First the blues are offered of 63 million euros and after that they raised the bid volume to grab the striker. They have already packed Michy Batshuayi from Marseille who refers a top flight forward and also set target to sign the leading footballer like   N’Golo Kante, Kalidou Koulibaly and Radja Nainggolan.

When it was asked to Real manager Zinedine Zidane replied with that they had not thought about the Morata’s transfer. He also added that Alvaro became the player of their squad and he was very happy to back him inside again. And they had not take any decision about his bid on the Summer.

On the other hand AS report disclosed that Morata would be signed a new contract within a week. Not only that, the report said that the new deal consisted  €6 million worth per year in net salaries, which mean the amount is increased 33 percent from his past annual salaries of  €4.5 million.

The Real president Florentino Perez suggested not to sell Morata flourish at another club as he did with Juventus. He termed that he wanted to see Morata in white costume by giving impressive development.

It is learn to the source that Arsenal is also interested to obtain the 23 years Morata in Summer clause but the yet not cast any prize bid for the Spanish professional. July 2014 Alvaro joined Juventus by signing a five year contract deal of €20 million. He became the very talented and popular players of the side in a short time. Last season the striker scored of 7 Serie A goals for the club and for his outstanding behavior he was  targeted by football club Napoli.