Keylor Navas has returned the side after Champions league. He was injured in Champions League final and ruled out from the game. After a long time rest he backed in the squad and join Kiko Casilla. There are also included  Rubén Yáñez name in the panel. during his time deputising for the former Levante keeper

Sergio Ramos, Raphael Varane with Danilo will join the side against Las Palmas. Apart of them Carvajal also in the team. In mid field position ther set to Tony Kroos, James, Modric and Isco. 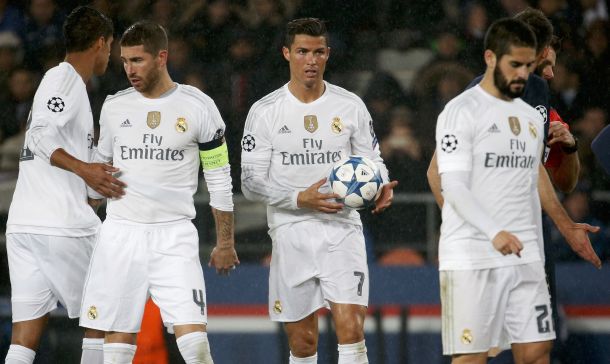 In forward the Portuguese star Ronaldo, Benzema and Gareth Bale will participate as the game starter. The Real boss mentioned he is pleased to watch Benzema’s performance. So he kept the rooster will play in the forward with CR7 and Bale.

Casemiro will not take part in the competition due to leg injured. Doctors advised him not to play at least one month. Zidane replaced him with Danilo who likely the winger starter of the match.

With broken fibula Casemiro ruled out for at least that means Toni Kroos has the great chance to prove himself. The Brazilian midfielder Marcelo also ruled out from the match due to injury. Here we presenting the 19-man squad for today’s match.

One side, Luka Modric recently return in the squad. He was side out from the starting five games for his  heel surgery. He is going to take part for first time in La Liga 2016-17 campaign.  Alvaro Morata also included the squad for the evening.

Today evening will be rocking when we the Spanish giant come field with their soldiers to battle with the Las Palmas for their 6th win. Las Palmas consisting 9 points by playing 5 matches. Actually they were in the second position just after the Real Madrid in their starting three games. But last two defeat has been changed their position firmly. And the down into 5th place in La Liga point table.

So guys enjoy today’s match and stay with us to get more related news.