French Magazine ‘France Football’ announced the Portuguese captain name as a winner of the award in a ceremony in the Eiffel Tower, Paris on evening. Real Madrid star have won the prize by voting of 173 journalists around the world.

However, Ronaldo won the FIFA World Player of the Year award “The Best FIFA Men’s Player” for the second time in a row last month by losing the rival, Messi. 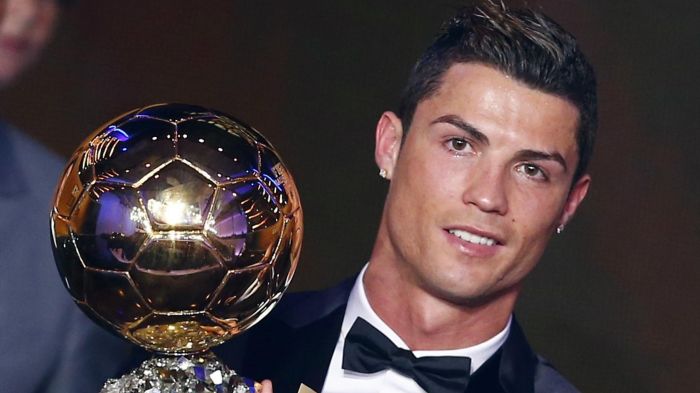 Ronaldo was supposed to have received the fifth Ballon d’Or this year, as well as showing his personal best performance. This season he boost the team winning four titles for Real Madrid.

Ronaldo played an important role to win his club in La Liga and Champions League last season. He scored five goals in the last three rounds to lead the team top in the league, and he played a key role for winning the title. As the first player in the history of the Champions League, in addition to touching the milestone of 50 goals in the knockout stage. The star has scored a hat-trick two match in a row in the knockout stage.

The forward scored 12 goals, including two in fina, And the rest 10 were in the knockout stage. As the first player in the history of the tournament, Ronaldo touched the milestone of 100 goals in the last season.

Ronaldo, the club’s top scorer, touched the 400-goal mark in all competitions for Real Madrid in May. The star had a great rhythm in this year’s for national team. In the last six matches in the qualifying round the Portuguese star did eight goals including a hat-trick to take the team in Russia next year. Here we give the top ten name of the list.