Real Madrid super star James Rodriguez is going to leave the Santiago Bernabeu at the end of the ongoing campaign and English Premier League giant Manchester United might be the new address for the Colombian super star. The 2014 FIFA World Cup Golden Boot winner is a skill full player and has already showed the world what he is capable off, in the last world cup where he represented his national side Colombia national football team. 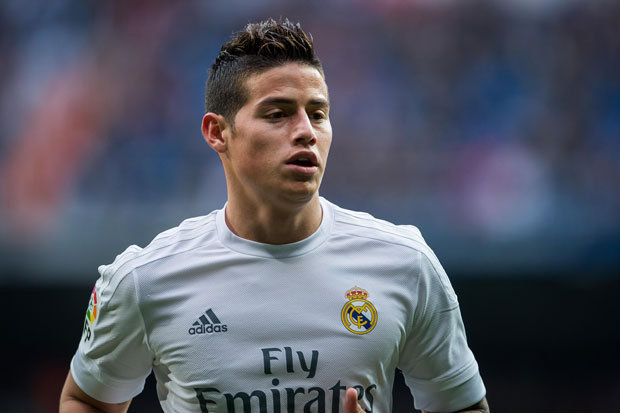 The Los Blancos sealed the young man from AS Monaco for £71 million just after the major tournament of 2014. The 25 years old attacking midfielder who will turn just 26 in the next July has scored on 36 occasions in his 109 appearances for the Galacticos. But he didn’t get enough playing time under French legend Zinedine Zidane and is looking for a move. Real Madrid also wants to sell the player but wants a healthy fee. It is speculated that a fee around  £50 million would be excepted by the team from the Spain’s capital. James was the part of the squad who won the 2015-16 UEFA Champions League. He also scored in some big games. He scored the equalizer in their 2-3 defeat at home against rival FC Barcelona where Lionel Messi stole the show.

Manchester United are looking for some attacking options and James is quite a long term target for them. James is a kind of player who can create chances and score on big occasions and United are looking for a consistent performer. They might go after the Colombia international. The Red Devils are also looking for Antoine Griezmann, the French sensation of Atletico de Madrid but it seems that the France international is quite happy at the Vicente Calderon and would not come easily. Although United will hope that Griezmann might like to join his national team mate Paul Pogba at the Old Trafford.

Jose Mourinho said that he will give some options to the club and will try buy one of them as the Portuguese thinks that nothing is certain in football and he just can’t expect any one who will surely join. So they will must consider a few options. James Rodriguez has never played in the EPL before as he played for French Ligue 1 side AS Monaco before joining the Galacticos. Before his time at the Stade Louis 2, he played for Portuguese side Porto. James and Jose Mourinho both have the same agent and the Thetaer of Dreams might be the new home of the Colombian sensation.