Real Madrid superstar Gareth Bale was injured during their 2-1 victory against Sporting Lisbon on the Tuesday night. The Welshman is now set to miss the upcoming El Clasico with Barcelona after injuring the ankle tendons.

At the Stadio Jose Alvalade in Lisbon, Real Madrid’s record signing Gareth Bale hurt his ankle early in the first half of the match in a challenge with Sporting defender Sebastian Coates. The team doctors gave him a lengthy treatment and he attempted to play again. But couldn’t carry on for a long period as he felt discomfort. Soon he was replaced by the Spanish playmaker Marco Asensio.

Real Madrid manager Zinedine Zidane was cautious while he was asked by the media after the game about the injury. Tests carried out a “traumatic dislocation of the peroneal tendons of his right ankle.” Reports suggest that the injury will require at least three or four weeks to recover. 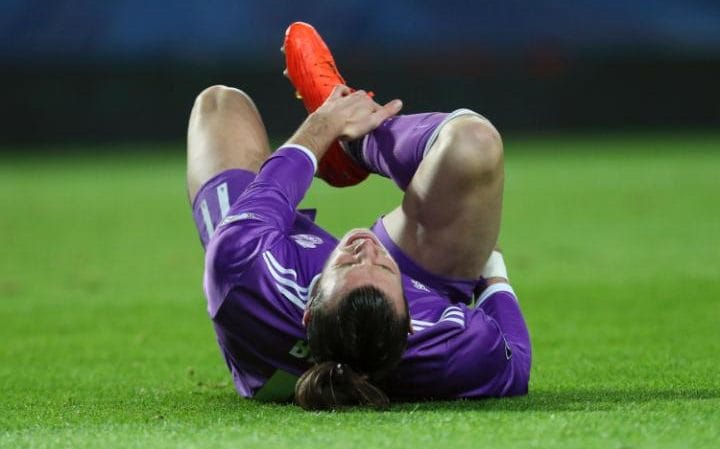 A Real Madrid statement which was released on Wednesday afternoon, has confirmed the injury of the forward. But the statement didn’t give any details of the length of the injury. So no confirmation for the fans yet that exactly how much time will keep him out of the pitch for the Galacticos.

Real Madrid Stated, “After tests carried out on our player Gareth Bale, he has been diagnosed with a traumatic dislocation of the peroneal tendons of his right ankle. His recovery will continue to be assessed.”

The winger is set to miss the next La Liga game against Sporting Gijon at Santiago Bernabeu. But the biggest problem for the Los Blancos is, the 26 years old key player of the side will miss the Clasico against Barcelona in Nou Camp on December 3. Gareth will probably also miss the Champions League group F decider with Borussia Dortmund which will be played on December 7, in Santiago Bernabeu. Even his participation in the Club World Cup in Japan at the later of the December is also under threat.

The Welsh winger has scored total 63 competitive goals for the Galacticos after his record move to the Spain’s capital in 2013. Last season he scored 19 goals in 31 matches and in the ongoing season he has scored 7 goals in 16 matches for the French legend Zinedine Zidane’s side.

But there was something for the Madrid fans to cheer, as Brazilian defensive midfielder Carlos Casemiro returned to training on Wednesday and is expected to appear from the bench in the next La Liga game against Sporting Gijon at home on Saturday evening.