Real Madrid unable to get anything from the circle of draw which is embarked as failure. It became the fourth consecutive draw of Bernabeu after getting draw against Eibar. In the field of La Liga Zinedine Zidane’s team lost its third consecutive game.

Real have almost lost the chance to go top of the list. But the defeat of La Liga champion gave them another chance to stay in the first place. Atlético Madrid jumped to top with 15 points beating bhalensiyake in the first match of the day. Now the both team existing in the same place with equal points of 15.

Overall, it’s fourth consecutive draw in all competitions for Real Madrid. In League 1-1 draw at home against Villarreal they again drawn of 2-2 with Las Palmas. With Borussia Dortmund they did draw in the Champions League on Tuesday. And after last night it had added one more draw match in the Real list. 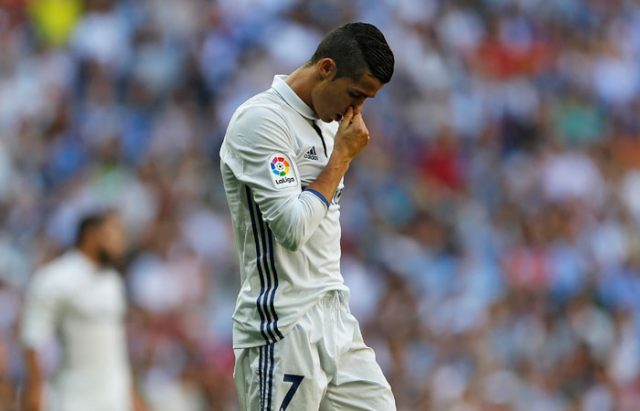 The Real boss Zinedine Zidane claimed that he became the responsible for these results. He termed that as the coach of the team he had to look for solutions. Zidane promised to change the condition.

He mentioned that they would do hard work to find out the solutions. For this they have analyse things again, and when they come back from the international break they had to change. At this moment they could not continue like that.

It was asked did they really miss playmaker Modric but the coach completely denied to accept that.  He had not believed that and obviously there has no issues of missis some one the coach said. For example he told about James Rodriguez who casting for warm-up the game. He told about Mateo Kovacic and Isco too and there had no place to miss Modric at game.

As we saw last night  Raphael Varane and Karim Benzema both had been substituted at half-time. Zidane said told they were withdrawn because of knee injuries. Karim needs to be tested as he felt something in his knee. But in the next match they promised to improve their condition.

It’s really disappointing having star like Ronaldo, Benzema and Raphael Varane, they could not grab the match against Eibar. They still on the top level but if they could not improve themselves, soon they lost the top place where they existing from the first. So guys keep eyes in our site to get more update.