Real Madrid winger Lucas Vazquez reportedly agreed to sign a new contract with the team. According to reports the Los Blancos announced that the Spanish international going to signa extent contract which will expire till 2021.

In an Official statement it has said that Real Madrid offered to Lucas Vazquez and the both party reached on a decision to renew their past contract. According to reports on Thursday Locas will sign his new contract front of the media. The event will be held at 1:30pm at Santiago Bernabeu stadium.

The Spanish man is very hard working player. He often seemed to play front and midfield. When he play with the ball nothing can stop his determination from the goal. The winger became a key player of the side. He became the part of the last season champions league and boost the team to achieve the champions trophy.

The 25 years old joined the side at the age of 16 in the youth side of the club. He made his first appearance in 2012 and it was the B level match. He was sent on loan to Espanyol in 2014. After ending the loan season he rejoined the side in 2015. After joining the side he spent a very impressive period with the side. 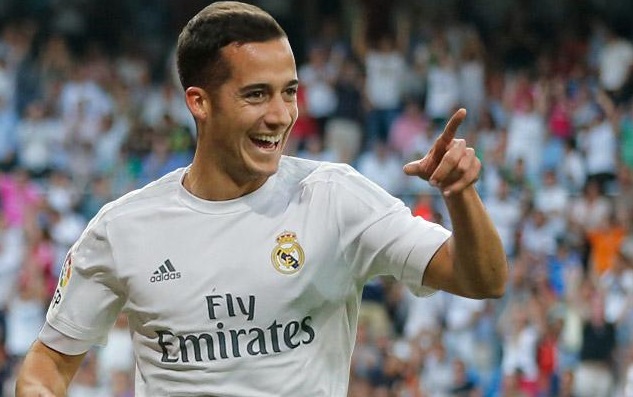 Now the Real boss Zidane did not want to release him and offered him to stay with the side till 2021. The winger immediately accept the offer. Because play for the Spanish giant not a genuine matter. It’s a matter of great honor. There has many players who dreams to play for the club.

A few days ago Luka Modric and Toni Kroos expanded their veteran contract and sign the new contract. Vazquez going to follow them and wanted to walk the same way. It’s a long term future which secured for the Spanish front man.

By the state of the reports Zidane planning to extend Cristiano Ronaldo and Gareth Bale’s contract. Ronaldo is speaking the matter since few months. He does not want to leave the side. And they are very close to confirm the deal.

Pepe who plays in the center half position also keen to sign a new contract with the side as he very close to end his past contract. According to report his past contract will be finished end of the running season. If Zidane has not signed him he will have out of the side in next summer.