Real Madrid is the most successful Spanish club as well as European club which used to take part in La Liga every season. But in last season, they failed to finish the La Liga competition well enough. They stood on the 3rd position at the end. Besides, they missed La Liga along with Copa del Rey titles so far. However, they won Champions League title for the height 13th times by defeating Liverpool in final. So, team real Madrid is desperate to retake their La Liga throne in upcoming new season. So, they are getting prepared themselves well and as per to do so, Real Madrid won Santiago Bernabeu trophy by defeating AC Milan. 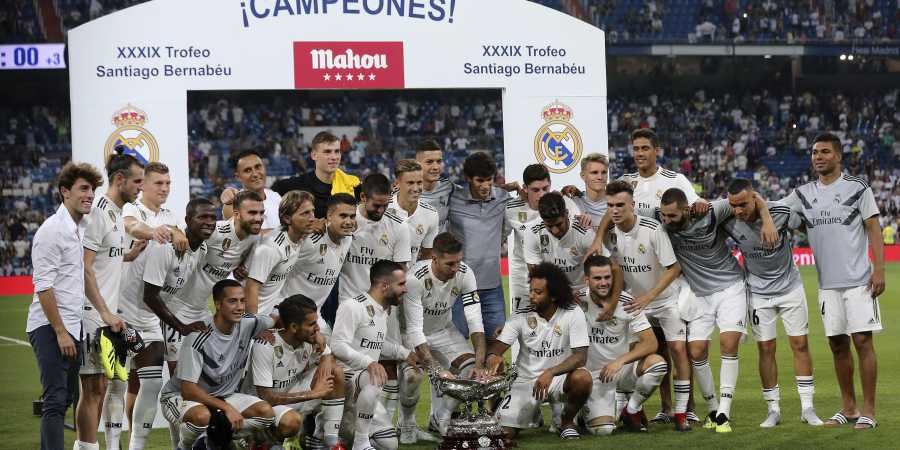 However, team Real Madrid missed their top scorer Cristiano Ronaldo and according to the football analysts, they would suffer for CR7. The Portuguese star left Santiago Bernabeu this summer transfer and joined Italian top flight Juventus. However, with Real Madrid he won four Champions League and earlier he played with EPL club Manchester United and won one.

In the pre season friendly matches, Real Madrid played well without Ronaldo and they want to prove that they are still best without CR7.

Gareth Bale continuously scoring goals and along with him, Karim Benzema and Borja Mayoral also found the net against Milan. By defeating Italian club AC Milan, the team Real Madrid finally won Santiago Bernabeu trophy. In last Saturday in the friendly competition, the team of Lopetegui won by 3 – 1 goals. For the Milan, the one goal was scored by Argentine striker Gonzalo Higuain.

In the 2nd minutes of the game, the home team Real Madrid went ahead. The cross of Daniel Carvajal was found by French striker Benzema and he headed it to the net. Just two minutes later, the guest team repaid the goal. Just outside of the box, with right leg shot Argentine striker Gonzalo Higuain found the net. Just few days ago, he arrived at his new club Milan from Juventus as loan.

Just before the first half, with the score of Gareth Bale the local team Real Madrid took lead of the game once again. The Wales forward used the ball perfectly which came from the corner. With the score, the Wales forward found the net in consecutive three matches. In last week at the pre season friendly matches, he scored goals in last two matches and assisted once. However, in the additional minutes of the game, the Spanish forward Borja Mayoral secured the victory by scoring the 3rd goal.