World record breaking longest test innings playing batsman of Pakistan cricket team Hanif Mohammad is not alive. In the year 2013, Hanif diagnosed cancer but proper treatment in London made him cure. From few months back, he did not felt well due to lung cancer. It seems, he was close to the last stage and finally Karachi’s Aga Khan hospital shifted him to ICU on 8 August, 2016. He left this world on 11 August. When he died, he was 81 year old (1934-2016).

In the year 1958, into a test match against West Indies at Bridgetown, this legend cricketer scored 337 runs which took 970 minute. This is the world record still now for playing longest (more time in pitch) individual innings. He was very renowned as the a defensive batsman. Lots of cricketer hit double-triple century as well but no one can’t play as much time in a single innings. Great achievement for Hanif Mohammad and for Pakistan cricket as well. 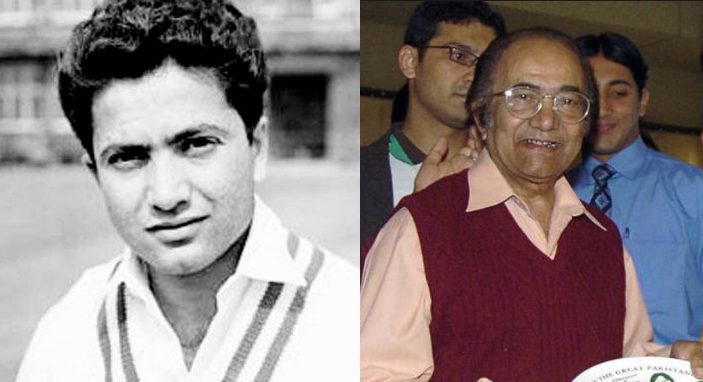 If any magazine, newspaper, journalist, cricketer mention that best XI of Pakistan cricket in history, must kept this batsman into their list. Surely, he is a greatest player in history. Few years back, cricket online media, Cricinfo released a feature about best XI of Pakistan all time where Hanif Mohammad took place as a opener beside the superstar batsman Saeed Anwar.

Hanif born in Junagadh, Gujarat which is a state of India. In the year 1947, when India-Pakistan detached, he and his 4 bothers left India and become the citizen of Pakistan. His rest of 4 brothers also cricketer where 3 of them played International cricket as well.

CEO of International Cricket council (ICC) David Richardson said in a press conference that this Pakistani legend cricketer took batting to the next heights and lot of batsmen get inspiration from his professional batting style.

When Hanif left this world, Pak team was playing against England at Oval. After this heart breaking news, their cricketers didn’t disappointed but tried to do something special into the ground. Youngster Ashad Shafiq scored century into the 1st innings and dedicate his century to Hanif Mohammad.

ESPN mentioned him as the original “little master”. After this news, every cricketer from India, Pakistan and around the world released tweet and wish good luck for him and his family. Every one mentioned him as a legend cricketer and told that Pakistan never found another Hanif. He was a great inspiration for team Pakistan indeed. However, everyone need to leave this world in a day and this is reality.