Portuguese professional footballer Renato Junior Luz Sanches or Renato Sanches is currently under contract with German Bundesliga number #1 club FC Bayern Munich. He has made an agreement with them in 10th May, 2016 for five years contract and the the transfer fee was €35 million from his previous Portuguese club Benfica. But recently, his Portuguese teammate Nani has revealed a secret about his moving in Bayern Munich. He has claimed his Sanches rejected the offer from English top club Manchester United to join the Bavarians where the Red Devils was keen to collect him. 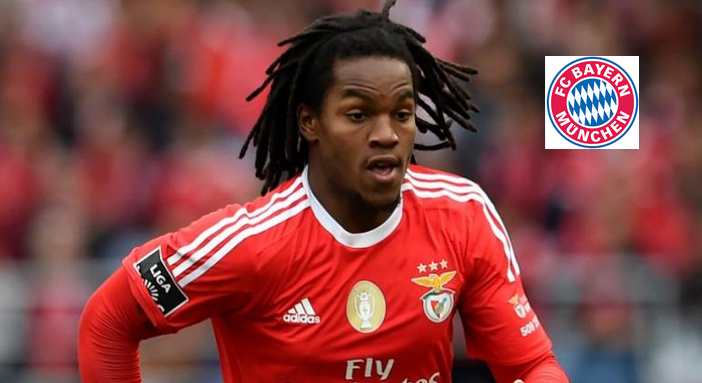 He is just 18 and made his career in club with Benfica where he played just one season. He played for Benfica 24 matches and scored 2 goals. He is now playing for Portuguese national football team which has made him the most youngest player in Portugal national football team and broke the record of Cristiano Ronaldo. He is also selected for ongoing UEFA Euro 2016 which is hosted in France. He has debuted in the Euro 2016 against Iceland. In round of the last sixteen against Croatia, he was selected the man of the match where they won by 1 – 0 goal.

While playing in Benfica, this 18 years old midfielder received offer from many famous clubs due to his rising performance there. But he has elected the Bavarians. Though, Manchester United also offered him much and that would have been a great signing. But his mate Nani believes that he had a choice to join German club instead of going to England. With a transfer fee €35 million which would be extended to €80 million based on his performances, he has become the most valuable Portuguese player and his initial fee €35 million has made him the fourth most paid player in Bayern Munich.

Nani also added that Sanches would probably be a beat star in Old Trafford but also his decision to join in the Reds will also help him to raise. This former Manchester United’s companion has concluded that his friend is very happy with the Bavarians and the Red Devils has just realised that what did they have missed.

Renato Sanches will start his career in Bundesliga through upcoming season where he did not play any match with them yet. He is focusing now on upcoming semi final in UEFA Euro 2016 where they have to play against Wales. He would probably be their trump card.

It has been told that 18 years old Renato is very young and confident player. He possesses every quality to become great. He is also very dedicated and  has great personality and also he did not scare to participate in big match. He just desperate to do better performance in field.