Swiss defender Ricardo Rodriguez set for £19 million to move on Arsenal side from Wolfsburg. The market price for the transfer window has been embarked by the parent club VfL . After releasing from the four years contract with the parent club Wolfsburg, Rodriguez going to made another new contract with Arsenal. It is mentioned that the deal would make for three years, which will be finished on Summer, 2019.

From a German outlet, it has been learnt that the Gunners recently completed Granit Xhaka deal contract for £30 million and now desperate to sign another Swiss defender Ricardo Rodriguez. According to the report the deal has completed at Emirates Stadium. After Xhaka, The Gunners set target for Ricardo. 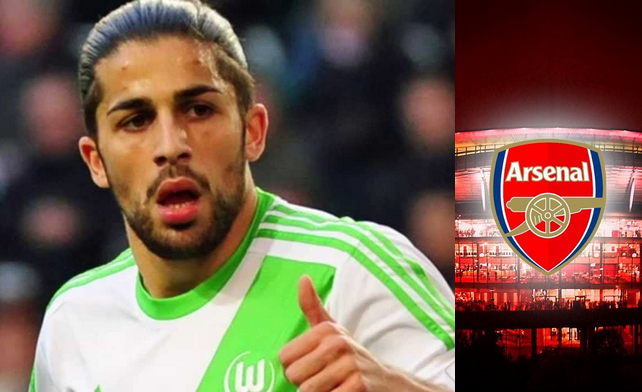 According to the Telegraph’s report the Gunners defender Kieran Gibbs going to leave the club in Summer. To fill up the gap of the defender, Arsenal needs a top class defender. That’s why, thet seemed so desperate to appoint the swiss in their side.

Rodriguez is one of the top class defender in the Bundesliga competition. His foot art and heading ability such a great honor for any team and club. His performance against Real Madrid on last April was incredible. His penalty shoot out on the game was given a surprising win to the club and he became the first soccer who has done score against Real goalkeeper on the event.

Besides of defender Rodriguez is also known as the forward. The winger have seen in many time in forward. The 23 years old already acquainted thirty six caps for his national team which will be conceived to upgrade for further of many other soccer.

Rodriguez opened his career on Wolfsburg in 2012 for 4.5 years deal with £7.5 million. His performances in The Wolves side was always good. In 2013-14 he was regarded as the best defender in Bundesliga campaign with five fantastic goal. His assisting goal meant that he is the best goal maker than other full-back in Europe.

The Wolfsburg fullback also wanted to move on the Gunners side. His attempt is too warm up the Bundesliga this summer. He believed that to focus his form in the word, he needs to be blasted in front of the world and Arsenal such a perfect club where he could fit easily.

The Gunners are going under pressure to complete the deal with Rodriguez. According to the report  Bundesliga pundit Jan Aage Fjortoft mentioned that the deal must finished before the June. So, during the short period it’s too tough to make the contract fulfill.

Apart of this one more problem exist on the way of the purpose to complete the deal. It is learnt to the source Manchester United along with some more reputed club also interested to purchase the VfL full-back.

But the fact is that the defender is interested to Gunners side, hopefully that is the plus point of the club.  So, it is expected to see him again with his pinpoint crossing and accurate left foot in Gunners side. So guys let’s see what happen and keep eyeing in our site to get sports hot news.