Two English Premier League mid table sides West Bromwich Albion and Watford came head to head on the Saturday afternoon in an important league game. It was their 7th game in the campaign and both the team were keen to earn a victory. West Brom hosted the game at the Hawthorns Stadium and was looking for a victory to surpass their counter parts in the league table. A victory could place them in the 8th position but somehow they missed the chance with a shocking late blow and moved to the 10th position. 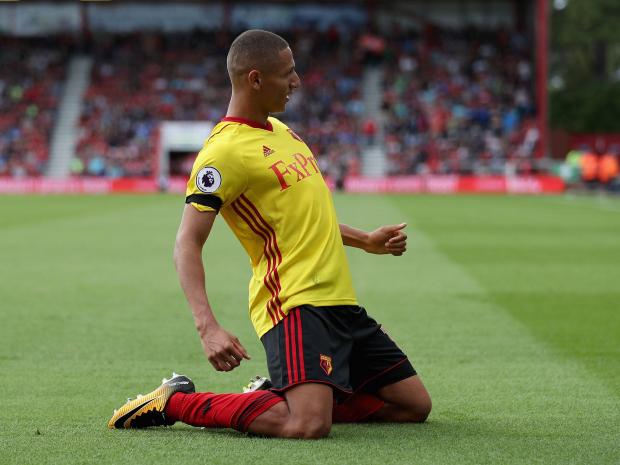 The Baggies were the favourites before the clash and their manager Tony Pulis named a strong line up. Ben Foster was given the gloves’ duty. Northern Ireland international Jonny Evans partnered with Ahmed Hegazi at the heart of the defense. Craig Dawson occupied the number two position and former Arsenal full back, Kieran Gibbs played at the left back. The midfield was consisted of Gareth Barry and French midfielder Krychowiak. Former Southampton forward James Rodriguez was given the number 10 position and the attacking midfielder was supported by Chris Brunt and Scottish winger Matt Philipps in his both side. Venezuela sensation Jose Salomon Rondon played up front in the striking position.

The Hornets’ head coach Marco Silva also named a competitive starting XI. With Heurelho Gomes between the sticks, the back four were Kiko Femenia, Adrian Mariappa, Christian Kabasele and Jose Holebas. Etienne Capoue and Doucoure were the midfield warriors for the visitors. The attacking force was composed of Troy Deeney at the number nine position with Tom Cleverley just behind him. Brazilian young guy, Richarlison played in the left wing and Carrillo at the right side.

The visitors got a dream start as Rondon took them ahead just on the 18th minute thanks to the assist of Krychowiak. Jonny Evans took no more than 3 minutes to double the lead and the hosts were in the driving seat. French international Abdoulaye Doucoure minimized the lead 8 minutes before the break and the game was on. The home side was on the verge of getting their 3rd league victory of the season but a late free kick and a shocking goal from the last Watford shot of the game let the visitors earn a point from the Hawthorns. The 20 years old Brazilian actually stole the point for his club as he scored right on the very last minute of the game and the Baggies just couldn’t be more disappointed.