Algerian playmaker Riyad Mahrez was announced the PFA player of the year in last Premier League season due to his brilliant performance in Leicester City who held the team to claim the EPL title 2015/16 season. He has scored 17 league goals in last Premier League season with 37 appearances with Leicester City which was placed him fifth highest goal scorer in last season. He is currently tied with the Foxes where he joined there in 2013. He has still three years contract left with them. But recently a gossip news spread that he would perhaps leave the King Power Stadium to the Gunners where he has received an offer from them. But Claudio Ranieri, who is the current boss of the Foxes has rejected that possibility straight. 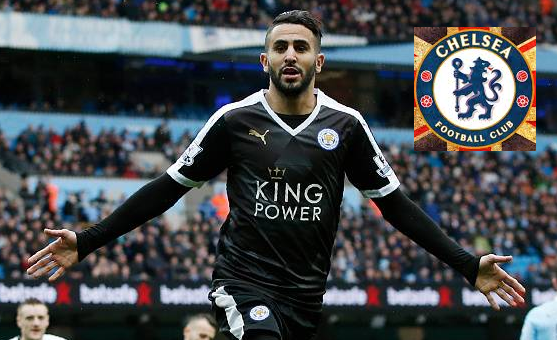 The Gunners boss Arsene Wenger is on the market to keep continue the search for a new playmaker for his team. DUe to lacking of playmaker,they finished the last EPL season with 2nd in position. So, he is taking necessary steps to sign a couple of talented midfielder. He has chosen two players primarily where his first target is Leicester’s Riyad Mahrez and Lyon striker Alexandre Lacazette is his 2nd option. He is ready to spend £75 million reportedly to bring them both in the Emirates Stadium.

Wenger has already signed three players in this season where Swiss Xhaka from Borussia Mönchengladbach, Rob Holding from Bolton Wanderers and Takuma Asano from Sanfrecce Hiroshima. AMong them, Xhaka and Rob are selected for the first team where Asano is in reserve position. Now, he is concentrating his next signing where he is hoping for Riyad Mahrez.

According to the report, Riyad also want to leave Leicester and has felt interest to sign a pact with the Gunners but he also has placed approximately €50 million price.

If the news is true, then it will be the most shocking matter for the Foxes boss Claudio Ranieri because he has already lost one of his best warrior N’Golo Kante who left for Chelsea in the middle of the July, 2016.

So, this Italian is taking desperate move to keep Mahrez for his side and stated that Mahrez will remain in King Power Stadium.

Though, the agent of this Algerian striker met with the Arsenal boss to reach a settlement. And soon, Wenger will reveal the secret about his new signing through a press conference whereas he is currently a little bit busy for pre season matches.

This 25 years old playmaker also played for Quimper, Le Havre II and Le Havre before joining at the English side. Till now, he played for the Foxes 86 appearances and made 24 goals.