AS Roma hosted Fiorentina in a Serie-A clash at the Stadio Olimpico on the Tuesday night. They were aiming to secure all 3 points from the fixture as well as to take the revenge. The team from the Italy’s capital earned an easy victory and the score card shows that last year’s 3rd placed side were too strong for La Violas.

Luciano Spalletti’s side were looking to bounce back after being defeated in a 5 goals’ thriller against Sampdoria away from home which was their very latest league fixture before the Fiorentina clash. The Giallorossis also had another fact in mind that the last time they had met Fio in a league clash was back in September 2016 and the Gigliatis got the better of the Lupis on that occasion as Croat midfielder Milan Badelj’s late winner handed the Violas a win at the Stadio Artemio Franchi.

The hosts had to wait for their opening goal of the game till the 39th minute. Roma’s talisman Edin Dzeko who is at his absolute best form opened the scoring to give an occasion to the home side fans to celebrate. The first half finished with the 1 goal advantage for the hosts. 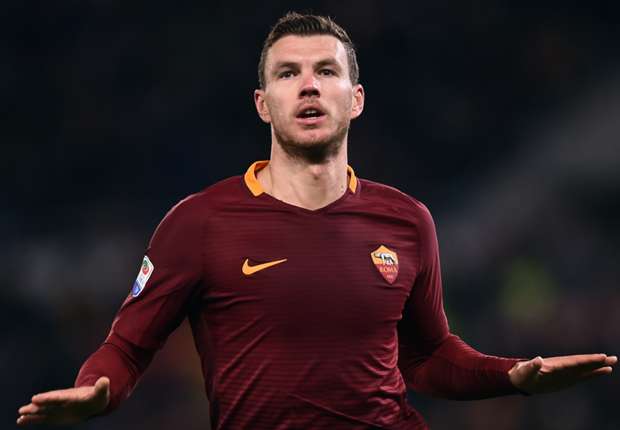 The Argentine defender of Roma who has joined the club this season from Sevilla, doubled the lead on the 58th minute. It was just the 2nd goal in a Roma shirt for the 29 years old center half. Belgian super star midfielder Radja Nainggolan joined the party 17 minutes later as he increased the lead further. It was the 8th goal of the season for the 28 years old Antwerp born footballer.

With less than 10 minutes remaining Dzeko scored the fourth and final goal of the match to seal a comprehensive 4-0 victory for his team, which handed his team 3 vital points in this crucial stage. The brace helped the 30 years old attacker reaching the top position of the Serie-A goal scorers’ list. The Bosnia-Herzegovina international tops the list with 17 goals so far beside his name this season. The former Man City forward has taken 116 minutes to score per goal and also got 2 assists. Napoli’s Belgian forward and Juventus’ Argentine sensation Gonzalo Higuain are the joint second highest goal scorer as both of them scored 16 times each. Inter Milan’s Mauro Icardi and Torino’s Andrea Belotti sit in the 4th ranking jointly with 15 goals each. La Maggicas currently sit at the 3rd position in the league table with 50 points from their first 23 league games.