Tottenham Hotspur are currently linking up with Lazio defender Jordan Lukaku and planning to move for this Belgian international in upcoming winter transfer season. Lazio left back has just another identity that he is the younger brother of Belgian star Romelu Lukaku. Romelu Lukaku is a striker and playing for English club Everton. He is just 23 and his younger brother is just one year behind of him but already starting to show his entrancing ability of football as like Romelu. He has become as one of the most talkative footballer nowadays and come to headline of many news portals. Currently he is on the radar of English giant Spurs where Mauricio Pochettino is plotting to make a move for him in next January. Jordan is under contracted with Italian side Lazio and he has joined here in 22nd July, 2016 for total € 6 million including € 1 million bonus according to the performances. He has already made two Serie A appearances with the club this season. 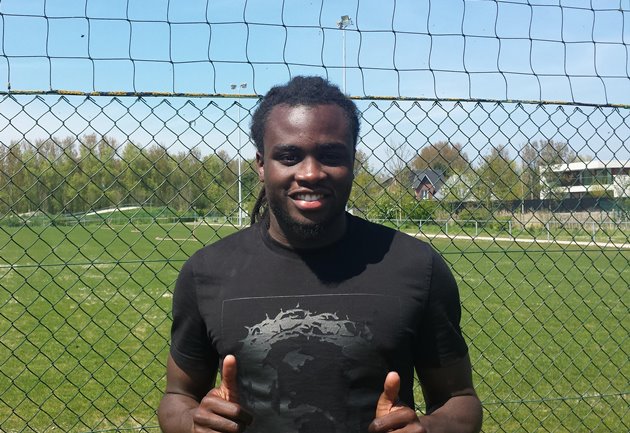 Though, Lazio is his first big challenge but if he would get offer from an English side like the Spurs, it would be wise to move there and he would probably do the same. Besides, Tottenham are reportedly willing to give almost £10million for Romelu’s brother which would be tough for Lazio to avoid.

However, Spurs manager Mauricio Pochettino would take desperate move to land him for bolstering his defense where he has just only one alternative now of Danny Rose named Ben Davies. And also he would give almost double amount to the player which he currently gets from Serie A side. Jordan who also played for Belgian national youth clubs in his different ages but now joined to the national Belgian team squad in 2015. He made his international debut with the national team in 10th October, 2015 against Andorra which was the competition of UEFA Euro 2016 qualification. He also played in Euro 2016 and made one appearance there. Till now, he made five international appearances.

22 years old Jordan Lukaku spent his youth career with a couple of clubs and specially needs to mention about Anderlecht. There he also started his professional career in 2011 and made 8 appearances. Later on, he moved to the Oostende and made 79 appearances there along with three league goals. Italian Lazio is this third club and now, he would probably move to the English giant Tottenham Hotspur in upcoming January transfer season.