BPL 2017 is knocking at the door as it is just a few days away and will be kicked off very soon. The biggest competition in Bangladesh has got a new franchise in Sylhet Sixers as the team from the Eastern Divisional City has entered into the popular cricket event in this campaign by replacing Barisal Bulls. Sabbir Rahman is the icon player of the team and will be a key factor for the side. The player from the western part of the country, has moved towards east as he has changed the club on this occasion. Last season he played for his home town club Rajshahi Kings. 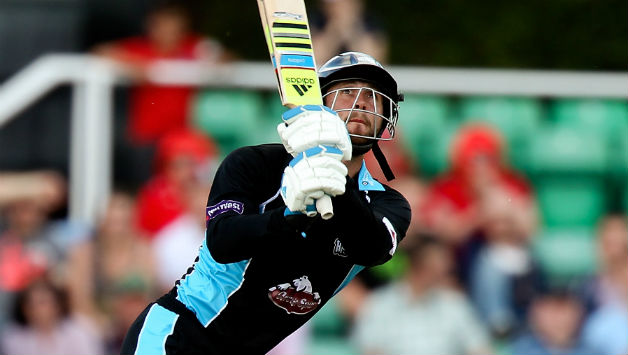 The Sixers have signed some exciting names of world cricket. Although the new franchise has gone mostly for the young guns, they still brought in some experienced campaigners in their camp. Sylhet will be one of the three host cities where the matches will be played and they must be hoping to utilize the home advantages for sure. A few well known names like in form Pakistani batting sensation Babar Azam, English pace bowling all rounder Liam Plunkett, South African T20 specialist Richard Levi, West Indian left arm seamer Krishmar Santokie and another rising star from Pakistan Usman Khan Shinwari, who played for the Karachi Kings, will play in Sixers’ jersey in the tournament which will be played for 5 weeks and a half.

The Sixers franchise has purchased six bomb Ross Whiteley off England. The Worcestershire all rounder who is mostly known as a hard hitting middle order batsman. The cricketer who turned 29 in the last September has a good reputation in the English domestic T20 cup, NatWest T20 Blast. He can consistently hit sixes at any ground against any bowler. Whiteley has played 78 matches so far in the shortest format of the game and has a average of more than 27. He also has a healthy strike rate of 144.61 and it shows how dangerous he can be during the final stage of the innings.

The Sheffield born batter has recently hit Yorkshire’s left arm spinner Karl Carver, six sixes in an over at the T20 Blast. It attracted the BPL team to bring the left handed batsman into their side. He is yet to get his national team debut for the Three Lions but is a regular face in the England A team. As it is his first overseas tournament, he is eager to do something special and hoping that, he can go big and massive with the willow in his hand.