According to the report, the Reds boss Jurgen Klopp wants to reinforce their attacking line by landing FC Rostov sensation Sardar Azmoun in upcoming January and based on this rumour, the Iran striker stated that if the news is true than he would consider to leave Rostov to join at the Anfield. Klopp has been linked to this player since couple of years when he has shown brilliant performance while playing with the Russian side Rostov in ongoing Champions League against Bayern Munich and Atletico Madrid where he scored in both times. Since then, not only the Liverpool but also he is on the radar of Everton and Stoke City.

Besides, he has also been linked with Dutch giants PSV Eindhoven and Ajax. But, though Sardar Azmoun has stated clearly at the press conference about his departure, he yet to receive any offers from any clubs. Besides, he also mentioned that if he will receive offer from either Liverpool or others, then he must take time to make any final conclusion. 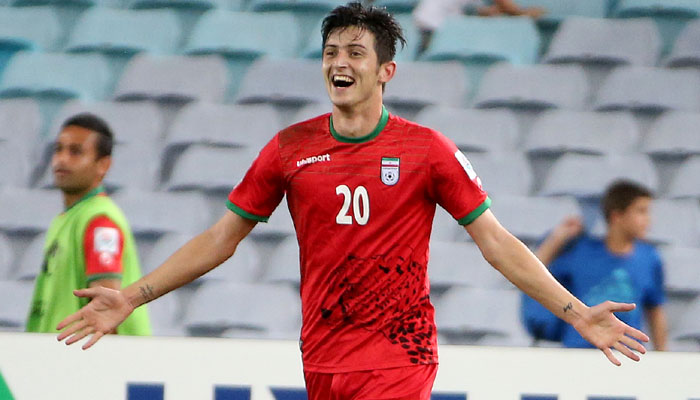 About his move from the Russian side, the agent of the Iran international Mehdi Hagitali claimed last month that his client was just focusing towards his future but did not want to leave Olimp recently.

At the same time he revealed that he also heard the interest about the Rostos striker from the Premier League side but not received any formal proposal from them yet. Besides, he assured that his client’s main goal is now becoming the most potential striker in Russian Premier League but if they will receive from the official proposal from them, his client will think about it.

Azmoun who is currently just 21 years old is passing his best time now and already made 22 league appearances with Rostov and scored six times so far. He also assists twice times in the meantime.

When he was just 18, started his professional career with Rubin Kazan in January, 2013 where he played 27 appearances and netted five times. He also spent his last season with Rostov on loan while he was under contracted with Rubin. In his loan period with the Russian side, he played well by making almost 13 goals and so, they were impressed enough to make the loan agreement permanent.

However, according to the news portals, Azmoun who is sometimes compared with the Argentine great and called “The Iranian Messi” would be potential move for the Reds and Klopp also thinks almost the same way and hopefully taking step to bring him in January.