The new Indian Captain Virat Kohli desperate to pick English player Ben Stokes in his IPL team RCB. The interest has been increased especially after the 3rd ODI at Kolkata’s Eden Gardens against them. Stoke’s 57 not out impressed Kohli very much. His mind blowing performance forced Kohli to think about him. And finally he decided to take him in his team IPL competition.

Kohli mentioned that actually he liked him fighting speed as he always fight for his national team and to be including such a great fighter in their team he would be really proud. The captain also revealed the fact of the Kolkata Test how he saved his team against India. Stoke is also a motivating man who always motivate the other guys of the team. We have seen that from him in Test cricket and today he was really motivated to win the game for them. 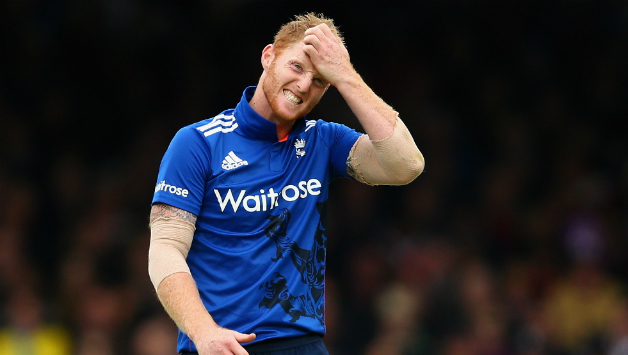 Ben is really an outstanding guy. His body language, bowling style and fighting speed really appreciable. Now a days cricket taken many modern movies and to set self with format really very challenging. Stoke is very talent in his place. He know how to fight the several position. He has well knowledge about cricket. That being the main reason why kohli personally requested to bag the all rounder in his team.

Kohli, has been linked with the Royal Challengers Bangalore since 2008. Now he is the skipper of the side and as the captain he gave a hint to buy the Englishman this season. IPL auction has not been happened and could be held on the next month. So the captain prepare to take him in the next month.

The 25 years old all-rounder such a tough choice of Virat. He has the ability of changing game. And it is very pleasure of IPL to include such talent guy in this season. The all-rounder would be priced for drafting in IPL auction. Not only RCB also the Gujarat Lions and Rising Pune Supergiants also interested to take him in their side.

However, Stokes is very happy for that. He revealed that to be entering in IPL Auction for first time he felt honor. It would be great opportunity for him to gather experience and playing different side cricketers in together.

This season the BCCI gives chance several England players to blast in IPL tournament.  So it would be great to see them play against each other.