Pure Chakmacherov, country chief of Crop Farming Department of the Ministry of Agriculture, said in an agricultural program on Moscow that if the locusts attack the field during the championship, it will be a big scandal for the country.

People around the world will visit there. And it is learnt from him that football fields are green and the locust likes the grace of the green. The green grass always attracted them. How can they will not come to the place where the football is going. 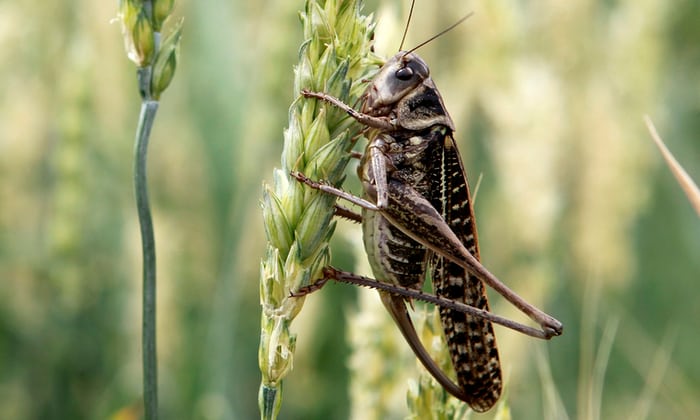 The whole country very tensed about the matter. How they face the challenge. And if they could not able to protect their field from the attack of the locusts it will be very taint for the country.

The WC tournament will be played in 12 stadiums in 11 cities across Russia in June-July. In this, the alarm is more about the southern part of Volgograd. In the area thousands of hectares of land were found to be traumatic.

However, the country also face challenge of hotel industry. World wide fans will visit the country. For that they need good place to live and better hospitality. And to face the problem being the great challenge for the country.

Quarter final round will be executed 6th and 7th July. Each day hold two matches. The semi-final games are schedule of 10th and 11th July. The grand finale of the tournament will be taken place on 15th July at Luzhniki stadium. But to be finished the full schedule being the challenge for the country. At present they busy to solve the problem of locust insects.