Russia planning to originate 130 centers for fan IDs ahead of the World Cup. By the state of the reports they issuing for the centres to make the championship success which will take place June to July.  Irina Grigoryeva, Russian sports ministry, officially announced to set-up the camp to protest the unhappening deeds this summer.

Grigoryeva also mentioned that they have taken preparation for all the potential things. To maintain the discipline they going to set-up 30 offices along with 100 more centers hard by 12 stadiums which will host the tournament this summer. Actually the has been taken to avoid the indiscipline an unhappenning event. 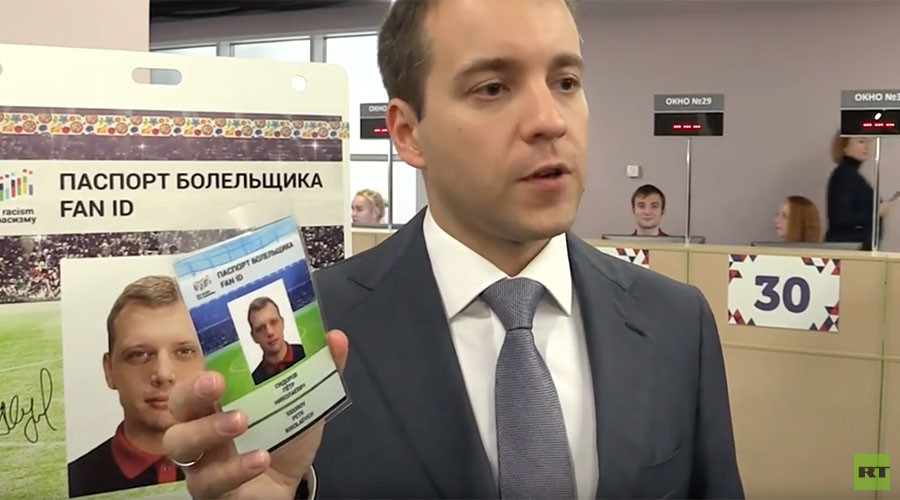 In late October, the Russian Communication Ministry and Mass Media announced on last October to produce the on-line process of registration for getting new fan ID. According to rule this will be used as entry pass. By showing the pass they will be permitted to enter the gallery to watch the matches in live.

There also have multi use of the ID. It will be playing vital role for the local and foreign fans. It will be worked as the security card and the outsiders will be got permit to enter the host country. The ID will work as Visa for the foreigner.

By using the ID the holder will get permission to enter into the country without Visa. They also get the permission to live Russia during the World Cup period. There no needs boarding pass or Visa by holding the ID. It’s really a good plan to protest the illegal event in the tournament.

After hosting 2017 Confederations Cup the confidence level risen up of the hosting country Russia. They want to do the same sort in the WC championship. But WC being a biggest event and how the tricks work in this field. But it is a good attempt and it is hoped that the trick must be worked in the 2018 World Cup competition.

The fixture of the tournament has already confirmed. According to the schedule the championship will startup 14th June with the opening match and finished with the grand finale on 15th July.

However, Russian sports ministry approved 12 stadiums of 11 cities to host the whole tournament. The stadiums are Moscow, St. Petersburg, Saransk, Sochi, Kazan, Kaliningrad, Volgograd, Nizhny Novgorod, Rostov-on-Don, Samara and Yekaterinburg. Now this turn of Russia to rock the WC this summer. Like every season this time world-wide fans eagerly waiting for the tournament.