Vladimir Putin fall on FIFA president Gianni Infantino on monday. According to reports the Russian president paid a visit with Giannini in Kremlin. In the meeting they discussed about the preparations of forthcoming World Cup which going to run mid-June to mid-July.

Actually the meeting was confirmed to hold in Sochi, the habitation of Putin. But the Moscow tragedy of plane crash where 71 people has been died on Sunday. For this reason the president staying in the capital city and the meeting has been taken place there.

By the way Russia has already taken all potential steps to do the championship success. Because with the tournament it became the matter of Russia’s prestige. If any failings or fault find they will be criticized by all. 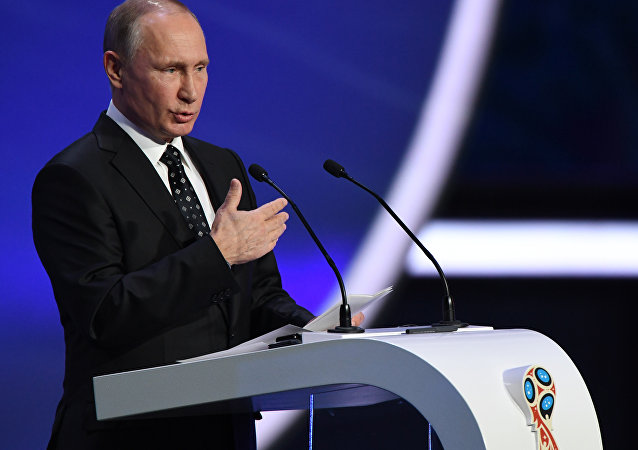 Before the meeting  Dmitry Peskov, presidential spokesman of Russia confirmed that Russia has already taken all preparation for the championship. They almost done all rescue of steps which will complete the tournament well.

Putin very hopeful for the upcoming tournament. He being very excited to host the world most biggest sporting event. He accused the we would go to gather the best experience from this World Cup. He confident his country going to arrange the best WC tournament in ever in this summer.

The president also confirmed in the meeting the weekend tragedy will not be affected in the upcoming tournament. Since this time the condition of the country not well. It’s such a emotional case but it will be not affected the championship so far.

In the meeting they discussed all the issues and then they finalized the matter of settlement. By the state of the report the Russian president holding very good behave. He deal with FIFA president very nicely and they go ahead a good relationship.

This season Inatino made a trip of Vietnam where he praised about the preparations of the World most honorable football championship. He thinks this beng very graceful for Russia to get the golden opportunity to host such a big event.

However, almost necessary steps taken over. The schedule going to run from 14th June to 15th July. Total 11 city will cover the tournament in their 12 stadium. They overcome all the challenge and ready to face any new challenge. Anyhow they cast the tournament. With the government and non government institution ready to hold any kind of risk so far. It is hoping that we can see a new look of the tournament in this season.