He said “ I still feels this is my first world cup and I am not seeing any difference. But I am now more experienced and more professional ”. He also said hopefully this is his last world cup and last chance to play as a teammate with Mexico national team, that is his biggest motivation. 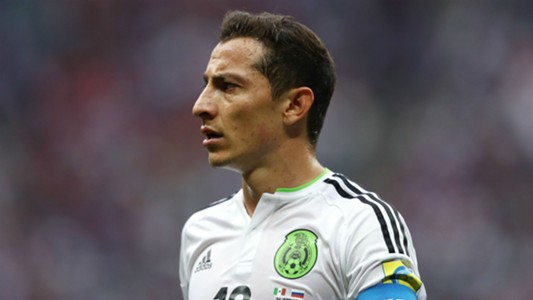 Andres Guardado is playing in Real Betis which is one of the most famous Spanish club. He is also said he is looking success in the group stage and they will play in round of 16. Mexico is in the group F and there Germany, Sweden and South Korea will play with them.

Guardado is also the captain of Mexico, as a leader he said, I am not only the captain, I am also one of the experience Mexican footballer, so I will make combination with both and give my best.

Mexican coach said, Guardado is one of the key player of Mexico in this world cup. He has experience of four world cup. He also improved himself and also make a famous himself a famous Mexican player.

He also said his memory of first two world cup which was 2006 and 2010. In 2006 I was not played full time and the lake of time made me frustrated. In 2010 South Africa world cup the coach was not full trusted me and I always started to playing but coach pull out me at half time with no explanation. That was not my good experience. And 2014 he was the regular player of team and Mexico won 3-1 against Croatia and they overtake Brazil in the group. This will one of the good thing which is always keep with him.

He said every world cup gave him many memories but goal against Croatia was one of the special memories which stay with him rest of life.

One of the Mexican famous player Andres Guardado will say goodbye national team after Russia world cup and playing in the four world cup is a good journey on his carrier. Hope this world cup will also memorable to him. He his very much confident and he try to make a good teamwork in this world cup.