England national team midfielder Ryan Mason moved to the Hull City after successfully completing eight successfully loan season with Spurs in last summer. He made his move successfully at the end of the summer transfer schedule. Hull City confirmed the transfer earlier at the ending day of the transfer season where they bought him for an undisclosed fee but to be believed not less than £13 million which was the record fee for the Tigers. Before that, the record was captured by Uruguayan striker Abel Hernandez who costed almost £10 million. 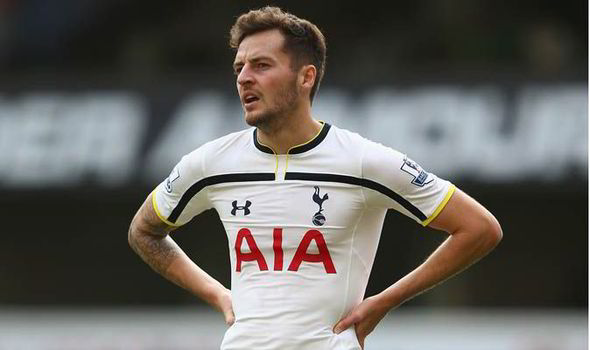 Though, the English international did not want to leave White Hart Lane first but when he found himself unuseful at the Spurs which made sense that he had no future with them but to all the loan period could ahead, then he convinced to move finally. He started his football career with the Spurs youth academy where he trained up and began his professional journey with them in 2008. But only he got chance to make two consecutive seasons with Tottenham in 2014/15 and 2015/16. He totally made 53 league appearances with the club and scored 2 goals where one goal each season.

He obviously failed to impress Spurs manager every times and as a result, he loaned out every times so far. Despite being passed his youth career with them, he always struggled to find his place in the first team of Tottenham since his joining at the professional team in 2008.

However, Mason has to wait to get regular place into his new club Hull City due to break of the international competition who was given a regular seat on bench for the Hotspur but he did not feel any hesitation to leave the London when he completely changed his mind after the proposal of the Tigers came. He stated after arriving at the KCOM Stadium that he was very happy to join with them and does not want to wait to start with them too. But after few weeks later he also added that he felt shame to wait almost couple of weeks to get started.

25 years old Mason thought that the Tigers are full of talented players and it was a right decision to move to this club and he thought it would be the perfect club for him. He was so excited to be here. Besides, he wanted to prove himself here which faith was on him by the Tigers. And also he wanted to impress ther as well. He has also set his target not to score goal only but to get the regular chance with the main team and also he wanted to play for his country because he is obviously an Englishman.

Till now, he has made 5 appearances with the Tigers in all competitions and scored one goal.