Sadio Mane is a Senegal international football player who has joined at the Anfield in 28th June, 2016 with a five years contract in order to get £34 million. Through this fee, he has become the most costing African player ever. But recently, he has reveal a secret about his transfer. He claimed that Manchester United wanted him in Old Trafford but he snubbed that offer.

While playing with the Southampton, Mane received offer from many clubs along with Manchester United but he waited for good opportunity and in the meantime, he knew about the Reds interest and thought that was the perfect club for him to join and he chose the coach of that club. He also realized that he is too young and it is the perfect time for him to work hard. 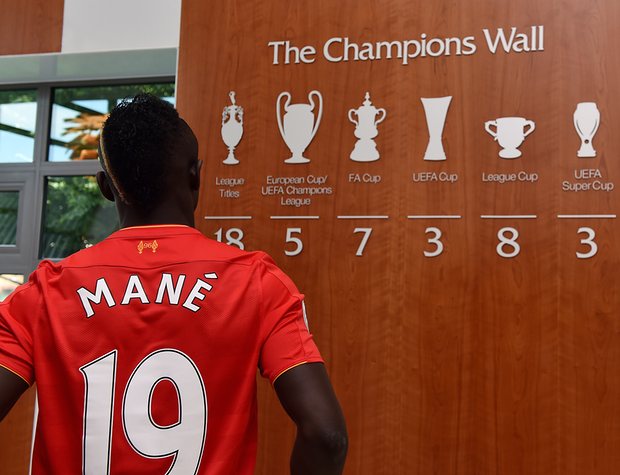 This striker is so satisfied to be a part of Liverpool and waited enough to work under this German coach. That’s why he turned down the million offer from the Old Trafford.

Though, Sadio Mane was the second signing of LFC in this summer and with £30 million costing which was the third highest signing of the Reds. It was also a reason for him to join the Anfield.

The Reds chief Jurgen Klopp was also keen to tie him when Klopp was the coach of the BVB and Mane was playing for Red Bull then. Due to some problem, he did not capable to sign him then. But he has recently fulfilled his goal and landed him on their side. Klopp has a big plan with this rising striker and he will must play with their first squad.

24 years old Mane have thought enough of this club that LFC is one of the Big Four in EPL and also won many titles. So, when the question about joining in this club, Mane did not feel any doubt to join here. It is also a challenging matter to play for the Anfield but he is ready to take it. He is now desperate to take the Reds to the title.

This Senegal international winger joined Metz in 2011 which was his first senior club. He played with them 22 matches. In  2012, he was taken by Austrian Bundesliga side for €4 million. He stayed their two season and showed amazing performance by scoring 31 goals. Which why Southampton tied him for four years in 1st September, 2014 for £11.8 million. He made 67 appearances with them and scored 21 league goals. Now, he has joined his favourite Liverpool which would be his ultimate destination. He is now waiting to his debut with this English side.