Samuel Umtiti made a new five-year contract with Barcelona ahead of the World Cup. That means the French Center-Back will remain in Camp Nou till 2023. Just before the Russia championship the Umtiti agreed to sign the terms of the agreement, It’s an official deal which release clause is 50 million euros.

Besides, in August, the Brazilian forward Neymar was reinstated by the bought clause, from  Barcelona to PSG. The incident took place two years ago in the event that the Catalan team was concerned about the decision to join. 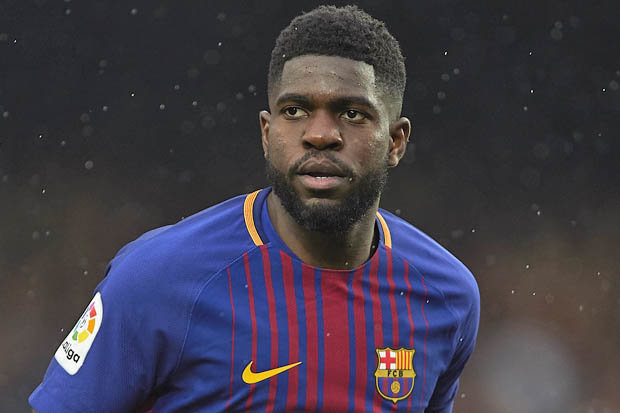 Barcelona President Josep Maria Bartomeu said that they think that no one will come there to try to get him out of this clause because of the increase of 44 million euros in a jump by the utility buying clause.

However, Samuel happy and proud about signing a new contract with La Liga and the Copa del Rey winning team this season. The guy mentioned that he linked with the side from the very first day. He told that he feel like home with the side. He is very comfortable there and want to stay there for a long time. This city, the guy being good in this team. He has gather everybody’s confidence. And that’s why he did not want leaving the club. This is his house.

Actually Barcelona desperate to win the Champions League title. The title goes to Real Bag rom last three season. Any how they want to grab the trophy. The team has many plan in the summer. After the Russia WC championship they finalised the decision.

Barca star Messi wanted Griezmann to grab the trophy. But the forward break the Messi’s dream and expanded his veteran contract with his past club. The star flashed the all prospect of going to Barcelona before the start of the World Cup, and signed new contract with Atletico Madrid. According to new contract the French forward will be remain in the La Liga side until 2023.

Though Barcelona brilliant in La Liga competition but the Champions League trophy grabbed by Ronaldo’s Madrid. They the title consecutively three season. But this season Barca coach and the star Messi very serious about it. SO they want to include th best and best players in their side.