After a disappointing and unlucky defeat against Real Madrid, Villarreal has come back to the winning way after a massive victory against Osasuna. Villarreal footballers and fans might have been disappointed with their previous game’s result as they went down from a 60th minute 2 goal’s lead to taste an unlucky 3-2 defeat against Los Blancos at the home but they will now be all okay after a very good 4-1 victory against Peter Vasiljevic’s side.

The El Submarino Amarillos travelled to the Estadio El Sadar to face the Gorritxoak in a mid-week Liga BBVA clash on the Wednesday night. Considering the hosts’ form, an easy victory was expected for the visitors and they didn’t disappoint at all as a brilliant football display has handed them all vital 3 points from the fixture. 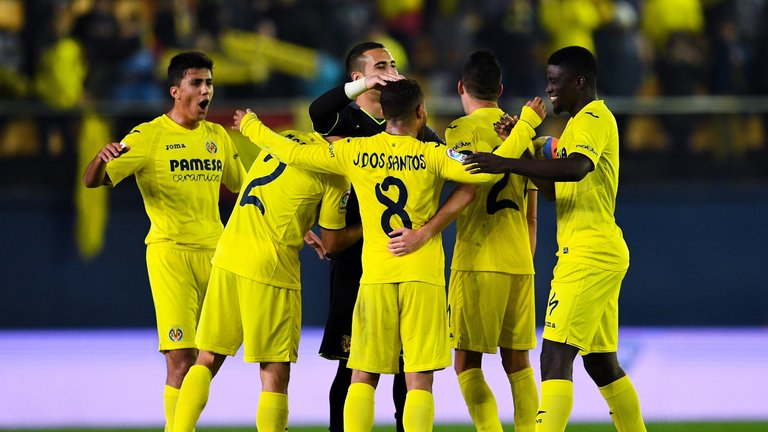 Italian midfielder Roberto Soriano opened the scoring for the visitors with less than 120 seconds having passed on the referee’s clock. It was the 6th goal of the season for the 26 years old footballer on his debut season for the club. The Darmstadt born footballer’s early strike gave the touring party a flying start. Referee Jose Gonzalez blew his whistle for a Villarreal penalty and Roberto Soldado didn’t make any mistake to convert the spot kick into the second goal of the game. The Spain international was out with an injury for a long period and grabbed his first goal of the season and the fans couldn’t be happier  for the 31 years old former Tottenham striker. The first half finished with the 2-0 lead for Fran Escriba’s side.

Referee Gonzalez had a busy day and he awarded a penalty again this time to the home side and Roberto Torres grabbed the opportunity with both hands to make the line 2-1 on the 64th minute. Santos Borre came to the pitch on the 68th minute replacing scorer Roberto Soldado and the Colombian didn’t take more than 6 minutes to make an impact as he got his first of the night on the 74th minute. He got his second one just 4 minutes later to make the line 4-1. The 21 years old Latin American has already scored 4 goals in a Villarreal shirt on his debut season. Last season he netted on 7 occasions for Cali.

El Submarino Amarillos remained at the 6th position after this victory with 42 points beside their names from the first 25 league games. Osasuna remained at the last position with only 10 points and are certainly going to be relegated after the end of the season as their condition getting bad to worse day by day.