Former Germany captain Bastian Schweinsteiger is yet to appear for Manchester United this season. But he is set to get his first appearance of the season for the Red Devils when his club will face West Ham in an EFL Cup clash at the Old Trafford on Wednesday night.

After Jose Mourinho replacing Louis Van Gaal as the manager of United, Schweinsteiger didn’t even play a single minute under the new coach. The former Germany International is back from the injury & fully fit before the clash against the Hammers. He was named on the bench against the same opponent on the very last weekend but didn’t get chance to play. United drew 1-1 with Slaven Bilic’s side which was also the 4th consecutive league match draw at home for the Red Devils.

Schweini was warned as it seemed that he had no first team future at the Old Trafford when the Special One arrived & had to train with the club’s youth & reserves players. Then the 121-cap former Germany Midfielder was not included in the United’s UEFA Europa League squad. 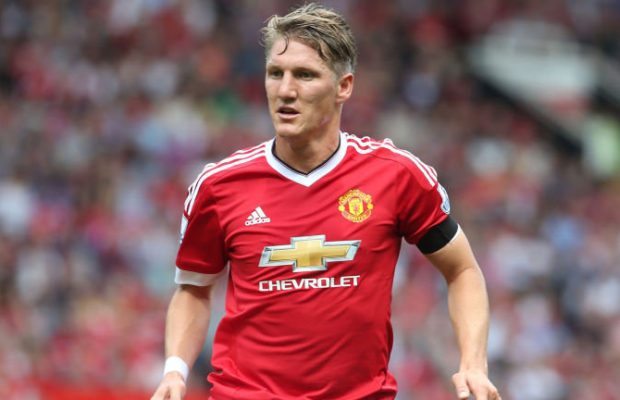 The 32 years old was written off as an asset in the club’s financial figures & his position looked absolutely bleak. He was allowed to talk about transfer with the interested clubs, got some interests from the MLS but the former Bayern footballer opted to stay at the theater of dreams.

Recently the fortune turned around for the Munich legend as he was called in the first team against West Ham in a league match clash & was named in the bench. Now he is set to be selected in the first XI when Man Utd will square off against the Hammers in an EFL cup clash on Wednesday. His attitude and performance has impressed the senior citizens of United. With world record signing Paul Pogba & Belgian midfielder Marouane Fellaini both suspended on Wednesday, Bastian has a huge chance to make his mark on the pitch. It is a huge news for the Bastian fans. Mourinho remains furious as his top gun Pogba is suspended in this important clash after referee Jon Moss booked him for simulation on Sunday.

The fans’ favourite midfield master moved to Old Trafford in the 2015-16 season. He played 31st match under Dutch manager Louis Van Gaal on his debut season & scored 1 goal before playing in 13 seasons for the German giants Bayern Munich. He appeared in 457 competitive matches for The Bavarians & scored 59 goals for them.