After becoming first at the qualifying round the previous day, Ferrari racer Sebastian Vettel also gets win at Hungarian Grand Prix which is his fourth win and that takes him to a distance of 14 points on the point table from his nearest opposition Lewis Hamilton. This German racer was seen facing some steering issues during the race, bu the somehow managed to overcome those problems and went on to win another GP in the 2017 F1 championship.

This German driver who has four F1 trophies inside his bag started his run pretty good from the pole position and could manage to beat his team mate and another Ferrari rider Kimi Raikkonen until the turn 1 after starting the race. 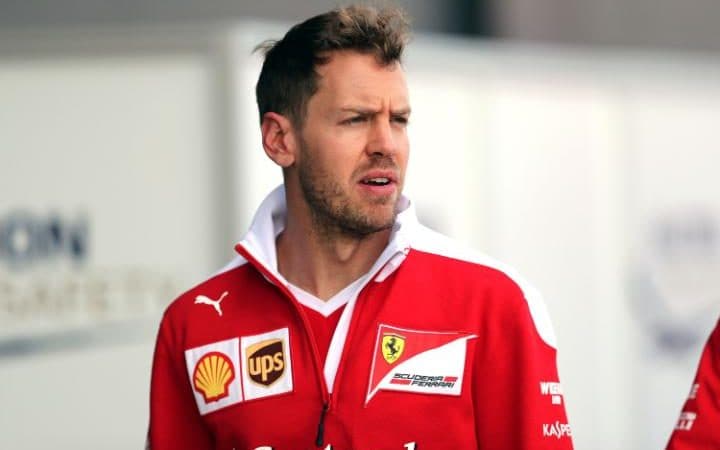 Whatever, there were a little chance of catching him or overtaking him after that as the Hungary GP track is designed in such a way that overtaking is extremely hard in this track.

But, there was an issue with the German’s steering wheel as he was facing difficulty to handle the steering wheel. He was getting disturbed by the steering wheel for more than half of the race. And that allowed the Mercedes racers to cut the gap between him and them and also Kimi Raikkonen. here the funny thing Kimi was getting slowed again and again by his team mate Vettel.

After the race Vettel has said to the media that He feels such happiness that it feels like he is not in this earth anymore, he was on the moon, he felt at that time. He also said that the race was really a very difficult race for him with those issues and he got his hands full.

He further said about the problems that the steering were going to the sideways again and again and the situation was getting worse with time. But there were the concern that he had to stay focused to the track for the whole race.

Whatever, Vettel just secured his 46th win in his career and his team mate Kimi Raikkonen the Finnish also managed to finish just behind Vettel and also defend his position in the finishing line.

Vettel got very much excited and delighted after the win that he started shouting at the team radio after finishing the race that “Grazie! Forza Ferrari!”. Whatever, this win was Vettel’s fourth race win at the 2017 Formula 1 world championship.

However, Sebastian Vettel owes to his Finnish team mate as Kimi was too sly in that day in his driving as he helped Vettel a lot to become first in the race. He said thank you to his teammate at the post race, podium ceremony when they were preparing to get on the podium.

The Finland-born Ferrari driver Kimi Raikkonen used all his experience to help Vettel and obstruct Lewis Hamilton and to keep him away from Vettel.

Earlier in that race Another Mercedes driver Valtteri Bottas let Hamilton overtake him to attack the Ferraris Hamilton is more experienced than him and just before the finishing line Hamilton also got back to his place at the fourth position and sportingly gave Bottas his position back. It shows the mutual respect of the team mates for each other.