India’s current batting coach Sanjay has resigned from the post in the month of November. He put forward the resignation in November last week. By the state of the reports the Punjab franchise return back to Sanjay in December but the coach refused them. There has petty reason for that why he did that. Actually he completely monopolized with the England series. That’s why he can’t continue with the team.

The coach has told in an exclusive interview that it became the high time to move on and the side needs to some fresh start and Ideas also. Sanjay also mentioned that the exit will give place for Sehwag to take the new responsibility of the side. Bangar hopeful for Sehwag. He believes only the opener can bring the franchise a new height of success. 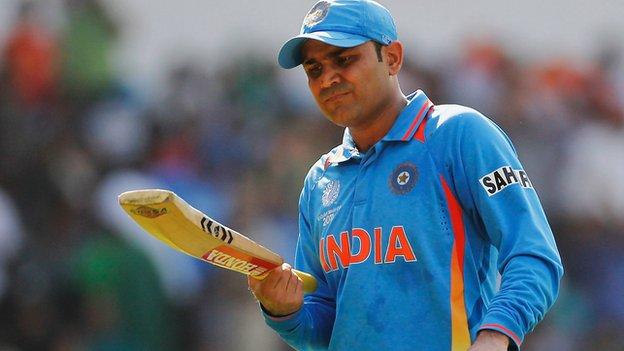 Sehwag one of the former cricketer of King XI Punjab and also considered as the mentor of the side in last year. As a destructive batsmen Virender regarded ever to all. In national and domestic side he always shown a fabulous performance. His master stroke always prove beneficial for team INdia. As a mentor he spent two season with IPL. So it will be not so tough for him to maintain the team well.

Actually it’s not happened for first time. Earlier the one and only Anil Kumble and Rahul Dravid has played the role. And they seemed many times success in the profession of coaching. However following them Virender Sehwag may soon take the place of head coach.

Finally Bangar told about his fabulous journey, how it gave him pleasure and satisfaction. He revealed the experience of journey with the side. He mentioned about some name who’s made him pride during coaching with the franchise. There are some most talented guys like Wriddhiman Saha, Manan Vohra, Sandeep Sharma. These guy are really do fantastic job. He mentioned about the most young cricketer Axar Patel. His heartbreaking performance impressed him a lot. Sanjay termed that he became the witness of many successful moment of the team and always want best wishes for the team. If the responsibility goes to Sehwag, it will be faithful decision for all.