Virender Sehwag, the former opener of team India going to play a new role in IPL 10. According to reports Sehwag has been appointed as the brand Ambassador of Kings XI Punjab in the forthcoming Indian Premier League. IPL always considering a rapid blow in the world but the tenth edition of the competition will be bringing many twist in the evaluation.

Viru already taken an important place of operating the side this season and now willing to play another role in for the side. Now the hard hitter will put on two hats  for the team. Along with head coach he will be known now the brand ambassador of the Punjab XI.

Sehwag became a former cricketer of Punjab franchises and for the same side he will play two significant role. It’s really amazing to play such an important role where he played once. Last year he mentoring the youngsters of Kings XI Punjab and this season he becomes the head of Cricket Operations.

The franchise Punjab think it is very pride for their team. They comment that to appoint the legend as the Coach and  Ambassador is really an honor for their team. They added that to be parted such kind of post needs more knowledge and expertise and Viru being the absolute guy for the post of honor. 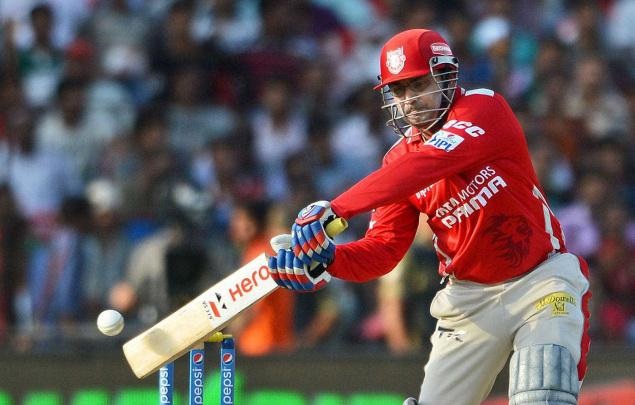 The owner of franchises confident about Sehwag ability and experience. They also think appointing of Viru in the two post will be added extra value for the team. They also wished the good luck in this business.

To be considering as Head of Cricket Operations and Brand Ambassador it’s really a great honour and it also help the young talent to boost their ability under the mentoring of Virender.

Sehwag is also very happy for the post. He thinks it is very honorable for him to mentor the side and operating them and it is also very pleasure for him to work for them which are very  close to his heart.

Viru mentioned that he is looking forward to be the great season and expecting to lead a great time with the team. Sehwag joined the side as a cricketer when it was the season of IPL 8. He boost the team take in final. But lost against KKR in final. This being the third season of the cricket legend with the side. This season he expecting some extra from the franchises. It is really a very big responsibility which have to play by Sehwag.