Senegal trusted Tunisia and began their AFCON campaign with a great victory. Senegal are now leading group B as the Zimbabwe vs Algeria match being tie. Sunday math at Franceville was fabulous and they grabbed the match by 2-0 score.

Tunisia was also in the form and they almost got the leadership of the game at the starting. But their attempt got down and failed to get mission complete.

The Eagles were also very good. They got the first chance but missed it unfortunately. Front man Ahmed Akaichi attempt on header to the target but it could not able to complete. It was good one and they lost their fortune from the game. 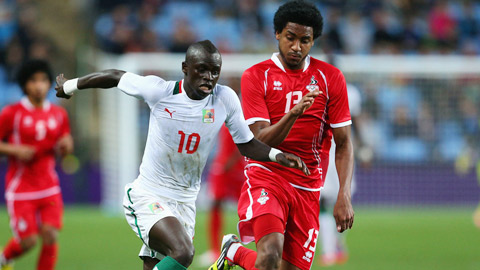 Senegal suddenly got the chance to shot Penalty. And the golden opportunity did not miss by them.  Striker Sadio Mane hit the penalty shot and they successfully scored one against Tunisia.

After the first score Tunisia hacked own the match and slowly they lost the control from the match. The powerful head of Kara Mbodj boost the team to get second score.

Tunisia is a very good team but yesterday they missed plenty of opportunity and that’s why they did not win the match. For that they felt guilty. It is really embarrassing to defeat with 2-0 score.

All aware about that how Tunisia played in past. There are no doubt about their ability. They won the AFCON trophy 2004.  But Senegal had never achieved the title for once. The best performance of the team came out when they played against Cameroon in 2002. They played very tough against the four time champion of the tournament. Cameroon did not defeated them and they won by  penalties shot.

But this season we saw the different side of the coin. It is really amazing this year to show the difference reaction of the match. This season Senegal consisting very tough player in their squad. They gathered the player from the various reputed club as well as centre-back Kalidou Koulibaly from Napoli , West Ham’s Kouyate and midfielder Idrissa Gueye from Everton. The most stronger Liverpool striker Kane who scored for the team yesterday.

Tunisia also holding a diet squad but yesterday they all failed to show their best. It’s really happened some different yesterday. One side the Zimbabwe had drawn match against Algeria surprisingly with 2-2 score, where everyone underdog the Warriors. And the second match Tunisia could not able to score a single.

Likely this year it will be seen some different story in African Cup of Nation.