Reports suggest that Manchester United’s second choice goal keeper Sergio Romero is set to start against Reading. The most successful club in the premier league, Manchseter United will start their FA Cup campaign against Reading in a lunch time clash on the Saturday. The current FA Cup holders will be hoping to carry on their previous performances to this game.

30 years old Argentine goal stopper Sergio Romero, who joined the Red Devils last season is set to get into the starting XI tonight. He has taken part only in 14 competitive games for the club since joining. Last season he appeared in 10 competitive games and this season he has featured in 4 games so far. So it will be his 5th appearance this season if he gets the chance to stand between the goal bars on the Saturday. 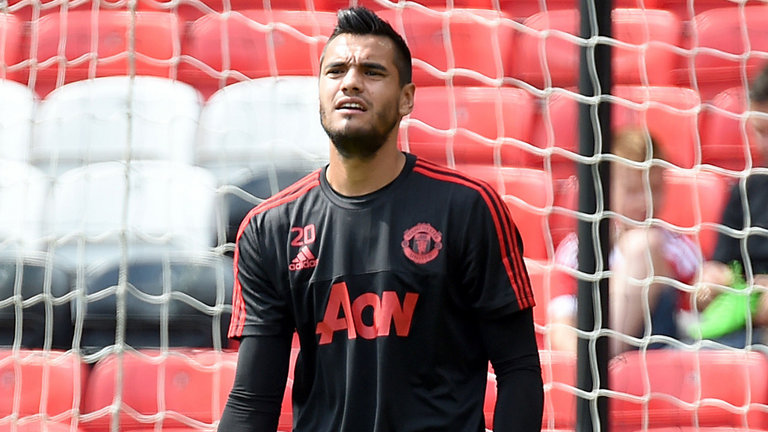 Romero’s counter part David De Gea has already made 26 appearances so far for the Red Devils this season. The Spaniard is at the top of his form and is considered one of the best goal keepers in the planet and probably the best keeper in the premier league with a fair distance. Argentina’s number 1 choice keeper was signed by the Red Devils as their second choice keeper and thus wasn’t picked regularly in the first XI. Now with the considerably weaker team to face the 30 years old is set to get his place in the starting line up.

The Bernardo de Irigoyen Born footballer has played for Sampdoria, Monaco and AZ before joining to the Old Trafford based club. He had appeared in 74 matches for the Serie-A club Sampdoria, had featured in 9 games for French Ligue 1 side Monaco and had 107 caps for the Dutch side AZ.

Romero’s club is flying high at the moment. They are unbeaten in their last 13 competitive games. They also won 6 games in a row at the premier league. They are currently at the 6th position in the league table with 39 points from the first 20 league games and are just 3 points behind their desiring 4th place. They will be keen to defend their FA Cup title as they are the current holders of this valuable and respectable cup tournament. United’s opponent, Championship side Reading are also in the great form as they won 9 out of their last 11 Championship matches. They are currently on the 3rd position in the 2nd top tier league in England. They have earned 46 points so far from the first 24 Championship matches.