Leicester City football club, probably one of the most mooted football clubs in the last 18 months. Why wouldn’t they be? As they are the club who were promoted to the top tier competition of the English football after the end of the 2013-14 season, struggled to stay at the Premiere league on the 2014-15 as they had to finish 14th in the league table and then wrote the fairy tale in the very next season under Italian manager Claudio Ranieri and then were struggling again this season under the very same coach as they found themselves at the position of bothers as they were battling to avoid the relegation and then with no one having seen it coming they sacked the manager who had lead them to the Premiere League glory unbelievably and the media and the fans couldn’t get a bigger shock.

Then the Foxes appointed their coach Craig Shakespeare as the care taker manager for the club for a while and the 53 years old English man couldn’t expect a better result and better performance from his lads as the Birmingham born coach has got his maiden victory as the Leicester head coach against Premier giants Liverpool. 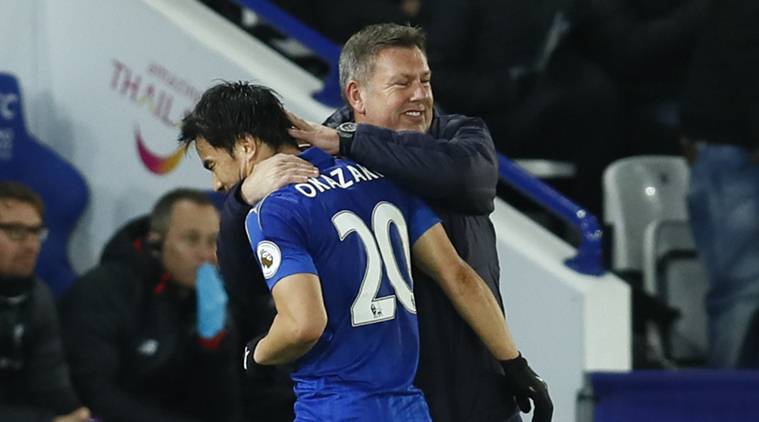 The Foxes hosted the All Reds at the King Power Stadium on the Monday night and earned all 3 points from this fixture. Vardy scored a brace and the England international’s superb display will certainly relieve the Leicester fans a lot from the recent pains. The 30 years old opened the scoring on the 28th minute to break the dead lock and gave the home side the lead. Marc Albrighton provided the assist on this occasion. Midfielder Daniel Drinkwater doubled the lead 11 minutes later. It is the very first goal of the campaign for the 26 years old footballer who had netted thrice last season. The first half finished with the 2-0 advantage for the hosts.

Vardy increased the lead further on 60th minute and made the card 3-0. It was his 9th goal of the season. The English forward had netted on 24 occasions last season. Liverpool’s Brazilian play maker Philippe Coutinho put one back to the opposition’s net on the 68th minute. It was his 7th strike this season. The game ended with the 3-1 victory for the defending champions. With this important victory the current title holders have moved the 15th position in the league table with 24 points beside their name. Liverpool remained on the 5th position with 49 points from their first 26 league matches.