Southampton Saints have targeted Swansea midfielder Gylfi Sigurdsson and Leeds United defender Pontus Jansson and looking to bring them at the St. Mary’s Stadium in the upcoming summer transfer window. Sigurdsson is a long time target for the Saints as they’re monitoring him since the last 2 years and is their top target. Claude Puel is searching for a good creative midfielder who can control the midfield and also looking for a strong centre half and these two players really can match his demands. Both the targets are under contract with their clubs till June, 2020 but the Saints believe that they can really bring them to the St. Mary’s. 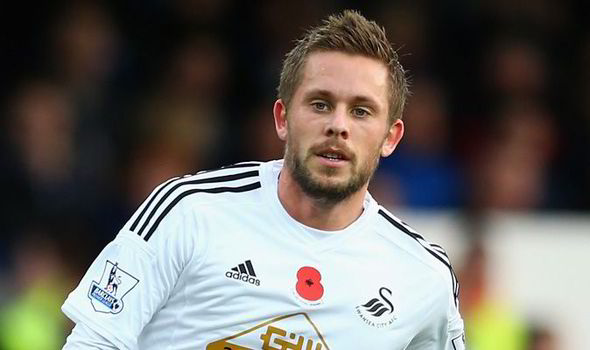 Sigurdsson the 27 years old midfielder is a very useful midfielder on the pitch. He is tall and strong and has some good skills and can play everywhere in the mid of the pitch. He is an assist machine and also can score goals. The most important thing about the Iceland international is that he is a spot kick specialist and rarely misses any penalty. His converting rate of the free kick to a goal is superb and impressive. He is one of the best free kick takers in the EPL and is a consistent performer for Swansea City. The Icelander has featured on 35 games for the Swans this season and has netted on 9 occasions. Gylfi signed for the Liberty Stadium based club on a permanent deal in the 2014 from Tottenham and since then has struck 29 times. The Reykjavik born footballer was at the White Hart Lane before joining the Swans and had 13 goals beside his name for the Lilywhites. He also impressed in the Euro 2016 for his national team Iceland and will certainly be a very good signing for Claude Puel’s side as he can bring a massive versatility in the Southampton midfield.

The former Hoffenheim man’s family is well settled in Swansea and will rarely move on from the south Wales but at the same moment he is fighting a relegation battle with Paul Clement’s side, so there is a huge chance for the Saints to sign him to keep him in the EPL. Puel also targets Leeds defender Jansson. As Virgil van Dijk is out with an ankle injury, they’re searching for a good replacement and the Swedish defender will be a very good option. The defender is turned 26 in the last February and is 6 feet 5 inch tall and could prove to be a vital signing.