Double century by Pakistani most experienced test cricketer Younis Khan once again and his plenty of runs guide his team to get lead over England into the 4th test at  Kennington Oval, London.

After winning the toss, English captain Alastair Cook elected to bat. But tricky and skilled bowling attack of Pak test team stopped all top order batsman of them. But all rounder Moeen Ali supported his team by his century. Sohail Khan got highest wicket (5) for Pakistan. Amir and Wahab Riaz also support the greens by picked up 2 & 3 wicket respectively. By the result, English team all out just within 328 runs by playing only 76.4 over.

Pak Skipper Mibah said into the press conference that this test is much more important for Pakistan and his career as well. That’s why batting well was the most challenging part for their batsman. But Sami Aslam’s wicket tensed them into the very beginning of their 1st innings. Azhar Ali and Yasir Shah the night watch man supported the team but it was not enough for this big match. Youngster Ashad Shafiq’s century and true legend Younis Khan’s 6th double century keep ahead their 1st inning to the safe total. Lead by 214 runs was enough force to English team. Need to bowl well to right now to get winning result. 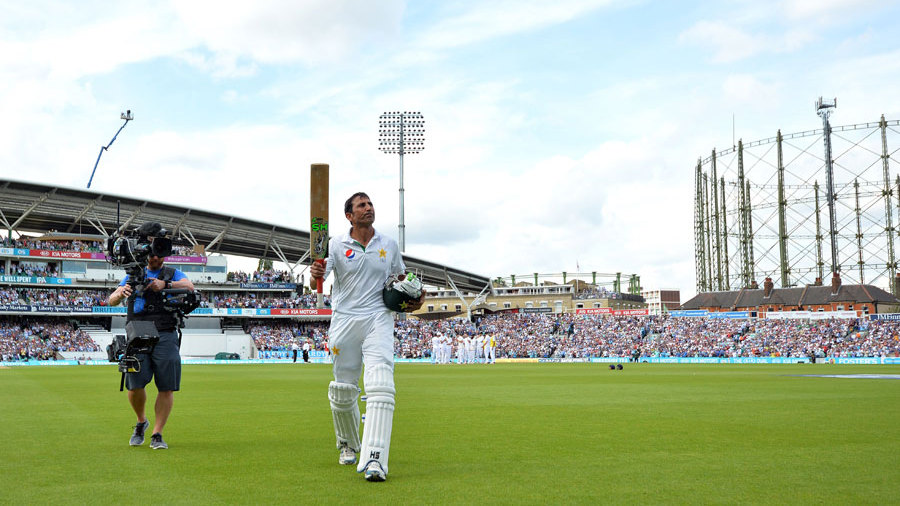 Sad news for English fans is Yasir Shah back in form and already Pakistan picked 4 wicket within 88 runs in 2nd innings of England. If anyone can’t play big innings from the middle order, ultimately the victory will goes to the greens side.

Double century by Younis Khan made question about nice ending of his career. Media peoples thinking that this Pak man would take rest from International cricket very soon. It was his 6th century in his test career which can’t score by any Pakistani cricketers ago. Sir Donald Bradman is the highest double centurion in test cricket history who score 200+ twelve times. Sri Lankan skipper Kumar Sangakkara also very close to Mr. Bradman by scoring 11 double century for his nation.

Though it was not the world record by Younis Khan but definitely to made 6 double century in a career is a memorable performance by any cricketer. Pak fans won’t forget this test legend of them anymore. His average, total run, century, highest score is simply outstanding and world class as well.

To get the victory is important for his team now. Though Pakistan won into the first game but lost in rest of the two. If they can win this test in England, series result will be 2 – 2 which should be mention a great performance by the green armies in English soil.