Former South African captain and opening batsman Graeme Smith speaks up about South Africa’s chance in the upcoming ICC Champions Trophy which will be held in England and Wales in June. He said in an exclusive interview that he can’t see any weak zones in the current Proteas lineup as there are so many quality and inform players in the current squad.

In 2015 ICC Cricket World Cup South Africa lost in a heart breaking game vs New Zealand and there was some rainfall during South African innings, many believes it was also a cause of their defeat. And they have also some unfortunate history of losing their nerves at the crucial moments in big tournaments. Whatever, speaking about these things, Smith said that South Africa just can’t get hold of these unfortunate past records at any tournaments.

But, looking forward to current Proteas squad, one thing very easily catches eyes, which is the improvement of this team. They have had an incredible run since the World Cup 2015 that South Africa’s current squad has won 14 of their last 16 ODI. 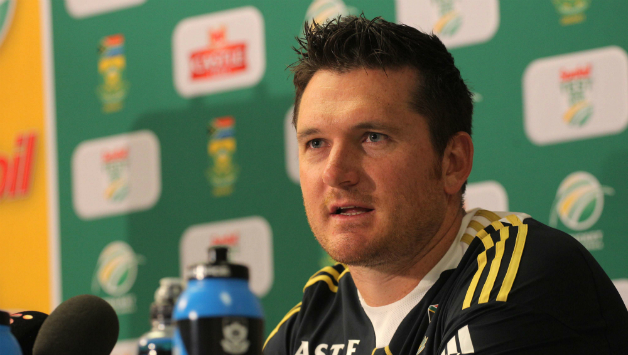 AB de Villiers, Hashim Amla, Faf du Plessis, Quinton De Kock have fantastically been leading the batting unit.The bowlers’ ability in partnership breaking and being dangerous even in outside the country is the things which can be the key factors in English condition. Another key part of the team, leg spinner Imran Tahir is nowadays very much consistent in his department which brings so much energy to the side. He could do some tricks in the flat, dry tracks in England, his variation will be the key. A spinner of the quality of Imran Tahir is definitely an asset to any Captain.

AB and Faf have been leading the side and thus created such a great environment where everyone knows their role very well. Consistency is important but it is not all in all. Player responsibility and confidence will be the main factors for the proteas side for winning in England, Graeme Smith thinks as such.

The former opener also thinks that in 2015 World Cup what South Africa lacked was quality All-rounder. So, This time he expects some good all-round performance from Wayne Parnell and Farhaan Behardien. And this expectation isn’t too much as these two have shown some consistent action in last two series.

Whatever, South Africa players have an unfortunate tag with them that they choke in the crucial final moments of the big tournaments, and They are not going to get past the “chokers” tag until they win something big because they haven’t won a single major ICC tournaments for almost two decades. With the likes AB, Faf, Amla, Tahir, Styen, Duminy they don’t have to fear anyone but until they get hold of that trophy, they will not be able to avoid that tag.

But former skipper Graeme Smith believes, this team have that potential to win a major tournament and he thinks they might win it in England, the ICC champions Trophy 2017.