Spain being very close to jump in 2018 World Cup which going to commence in next year June. Spain has almost reached the main stage of the final tournament in Spain. They have just one step far from the Championship.

The last win on Tuesday night strengthen their place for World Cup. It was a biggest win where Alvaro Morata and Iago Aspas scored twice. The game score was 8-0 which was vast win for the team.

In September last year, the team win the match in the same way. 2010 Champions always holding a tough squad and this time the same event has been happened. 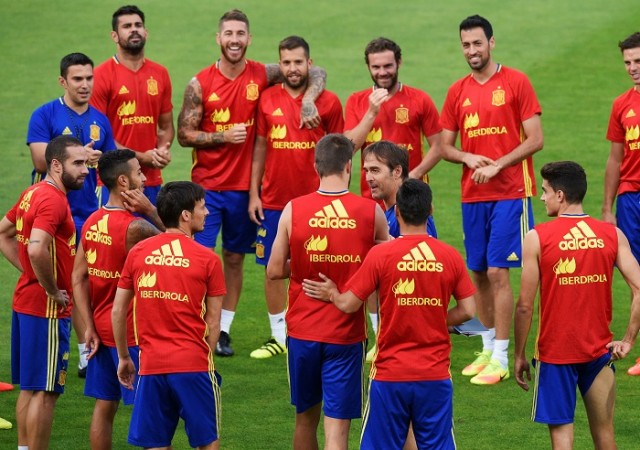 Tuesday match was really fantastic. The Opening goal by Sergio Ramos was awesome. After that the two goal of Morata and Isco in two minutes scored 3-0/ David Silva’s goal made the score 4-0 before the break.

In 51 minutes Aspas made his first score and after three minutes Chelsea striker Morata made his second goal. In the 63rd minute, Celta de Vigo Forward Aspas made her second goal. The eighth goal of the match was made by opposition.

After winning this game Spain has kept the top of Group ‘G’ with 22 points in eight matches. Along with the win the winner confirmed at least the second place in group G.

On the other hand Italy holding second position with 19 points. Spain win with a vast  goal-scorer in the last two rounds. If they win in their next match they will get ticket to reach in the World Cup.

On the other side the dream of Albania to play in World Cup has been finished as they draw in their last match. They holding third position by holding 13 points.

The Champion will get chance directly among of nine group. And the four Runners Up team will get ticket by playing play-off round.

Serbia has topped of Group D after trashing the Republic of Ireland by 1-0. Their points in eight matches being 18.

Wells, who got the second place with 14 points, after defeating Moldova in 2-0. Irish become in third place with less than 1 point Wells. Austria become the fourth position holder  with 9 points after  1-1 draw with Georgia.

The ‘I’ group has got a lot of competition. Turkey dismissed the group topper Croatia who holding 16 points. With this win Turkey placed in third position with 14 points.

Ukraine is well versatile in fighting with 14 points like Turkey. Iceland also caught Croatia after trashing Ukraine in 2-0 score.