Gabriel Jesus, the newest sensation of the Manchester City continued his sparkling form after joining the club in the January. The £27 million signing is proving to be handy for the Citizens as he has taken no time at all to impress his new fans and the premier league fans, spectators, commentators have already started applauding the young guy who is now the headline of the most of the news papers.

Just a couple of days ago Pep Guardiola described his young sensation as a watermelon and also appreciated the Brazilian a lot as the boy works hard and is known to be a person with big dreams and ambitions. The Sao Paulo born footballer has already become a popular footballer in the Man City side and his latest performances will earn a lot more respects and appreciations from the fans and the spectators. Not very often you see a lad who is less than 20, impresses the football world that much and whenever this kind of things happen, you will have to understand it that the guy is really special. 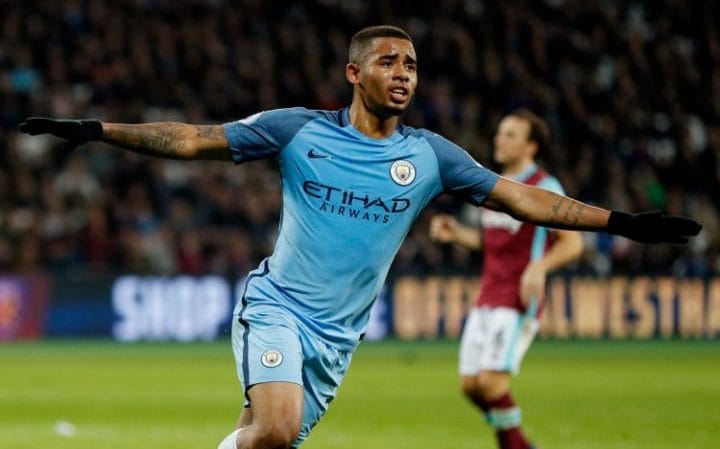 The former Palmeiras striker opened the scoring on the 11th minute of the game to give the hosts an early lead. Spaniard play maker David Silva provided the key pass, Raheem Sterling missed the opportunity but the talisman Jesus came forward to present the City fans an occasion to celebrate. No more goals were scored in the first half after that and the home side went to the break with one goal’s advantage.

Swansea were looking to get back into the game and Iceland international Gylfi Sigurdsson levelled the line with less than 10 minutes of the normal time left on the ref’s clock. It was the 9th strike of the season for the former Tottenham midfielder. The game was heading towards a draw but once again Jesus was the saviour of the Sky Blues. With just moments left in the game, the Brazil striker’s header in a David Silva cross was saved by the Polish keeper Lukasz Fabianski but the former Arsenal keeper couldn’t grip the ball and Jesus just touched his foot in the returned ball and that was the decider of the game. The 19 years old forward has already scored thrice for City only in his 4 outings so far for the club and the fans must expect many more like that coming. As Arsenal and Liverpool both tasted defeats in the last weekend, City has moved to the 3rd position in the league table.