Sri Lanka dismissed Zimbabwe at home and won the tri-series title. The visitor has shown a great performance in Batting and bowling. By their flawless performance they beat Zimbabwe by 6 wickets. Last time they also grabbed the title in 2010 by defeating Zimbabwe in the same way.

Zimbabwe won the toss and selected bat first at Bulao Ayora Queens Sports Club. By batting first Zimbabwe has collected 160 runs in 36 overs. Remaining 75 ball they all are packeted. To chase 161 was so easy for the opposition. Sri Lanka seemed very happy to see such an easy match. To accept the 161 challenge they reached the field.

The starting was not so good of Sri Lanka. They are unable to cast a good open of the match.  Brian Vitori who has backed on the game has taken over 3 opening wicket of Sri Lanka team. The three top-order batsmen dhananjaya de Silva, Perera and niroshana dikabhela kusala has gone for 42 runs. 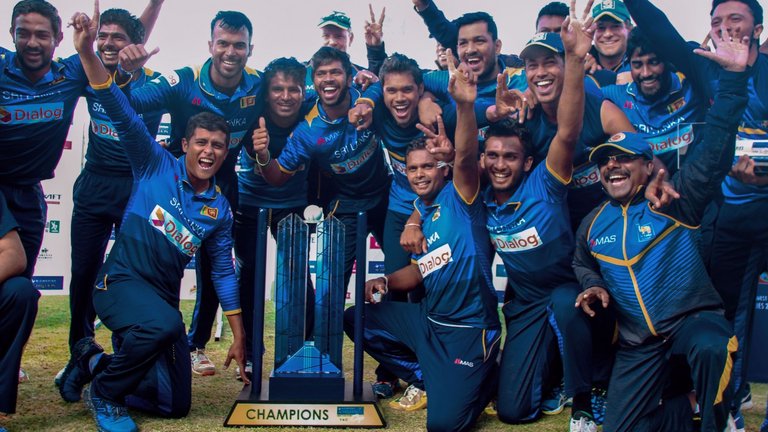 It was a great partnership and boost the team to get a resistance win. Medis shown a very aggressive performance and mad 57 runs including 10 fours in 72 balls. He became man of the match and also announce as man of the series. After he’s gone the rest score easily gathered by  Tharanga along with DAS Gunaratne.

Tharanga scored 57 runs by hitting a sixer and 6 fours. He played total 98 balls and became the unbeaten of the match. In batting and balling he played a very important role for the team

Zimbabwe’s started good in balling side. Their best pacer Vitori taken three most important wicket and was taken by their captain. The bowling attack was damn good but they could not build their defence with bat. 160 score is too bad score. And when the opposition is very tough like Sri Lanka it’s bolsterless score.

Zimbabwe’s failed to make good score and lost the series against Sri Lanka.
Masakandara scored highest 36 runs. Sean Williams scored 35 second-highest. No other batsman could not go up to the thirty. It is really very disappointing and also embarrassing.

Within two overs Zimbabwe lost their 3 wickets.  Gunaratne wrap up them quickly by takin the three batsman wickets for Zimbabwe. Jeffrey Bhandara took three wickets for 50 runs. The rest are taken easily by the dominant bowlers like Sareen Tharanga and Mendis. It was such an interesting match. And the triangle series has been chased by Sri Lanka cricket team.