Manchester United squad will be boosted with the possible returns of super star trio Zlatan Ibrahimovic, Ander Herrera and Paul Pogba. The trio are considered as the engine of United as they played an important role in United’s victories this season. The absentee of them hurt the Red Devils a lot and a home draw against West Brom is an example of that misery.

It is tough to replace the players like them as only a few footballers in the world could match their calibers. So Jose Mourinho must feel happy with the returns of his key players as they can make a big impact in the team. So United can field a very strong line up against the Marseyside Blues in their very next English Premier League mid week mania fixture on the Tuesday night at the Theater of Dreams. 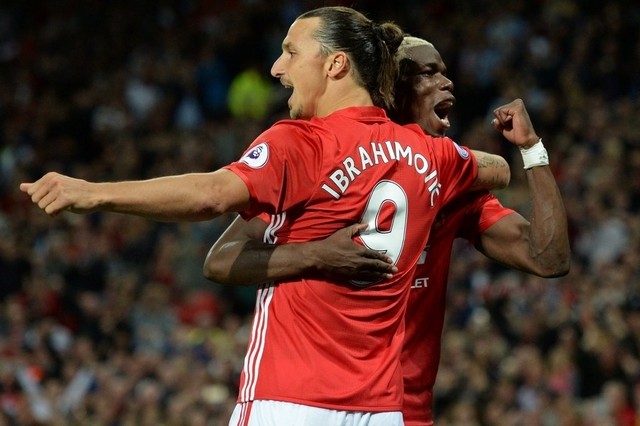 Zlatan Ibrahimovic is back after his 3 matches’ suspension which he was handed after throwing elbow at Tyrone Mings during the 1-1 draw against the Cherries. He missed the important FA cup clash against Chelsea and his team got knocked out. Despite of his absentee, they managed to win against ‘Boro and finally they drew their last game against the Baggies. The experienced Swedish man has already netted on 26 occasions in this ongoing campaign and will be a great addition to the squad after that unexpected incident and unwanted situation.

Ander Herrera was showed the red card against Chelsea in the FA Cup quarter final and missed the next two games against Middlesbrough and West Brom. He has been sensational in the midfield this season and his comeback will certainly boost the confidence of the team mates.

France international Paul Pogba has also returned to the training following the goal less draw against the Baggies. He suffered the hamstring strain during the second half of the second leg clash against Rostov and is expected to be fit against the Toffees. The world record signing is definitely a very big player and his presence will surely please the fans as well as the manager.

The Red Devils struggled in their latest EPL match as they failed to score and to secure the all 3 points as they were denied by a visiting Brom side, which was quite disappointing for the fans. They are currently at the 5th position with 53 points beside their names from the first 28 league games. So they will be keen to get the victory against Everton at home.