Bayern Munich, simply the most successful and strongest team in the German football’s history, have once again proved that they are untouchable and merciless. The table topper of the Bundesliga, who are aiming for their 5th consecutive league titles, which will also be their 27th German league trophy, are just getting more and more destructive day by day.

They are simply untouchable at the moment. After destroying Arsenal in the two legs of the UCL round of 16 to secure a place in the quarter-final, they have now thrashed Augsburg with a mammoth 6-0 victory at the home. The Bavarians hosted the bottom of the table region’s side at the Allianz Arena on the Saturday afternoon. The visitors are currently at the relegation zone and were looking to avoid the relegation from the top tier tournament of German football but they were further destroyed and devastated by the merciless league leaders. Carlo Ancelotti’s lads faced a club who were serious weak than them and they actually treated them like the school boy as no less than half a dozen goals were put on the touring side’s net. 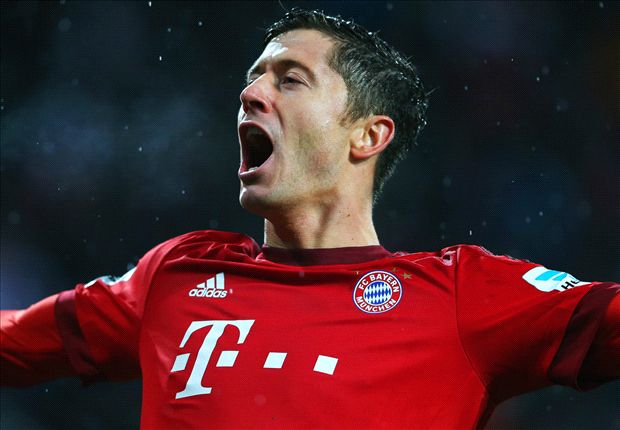 Guess the top scorer? Yeah, you’re smart enough to recognize him. Why wouldn’t you be, as the footballer himself is such smart to make you choosing him as the first choice. It is no other than the Polish sensation, Robert Lewandowski. Certainly the most consistent goal scorer in Germany in the last half a decade. He doesn’t like to miss scoring opportunities and this time utilized the chances very well once again as he bagged no less than 3 goal which also earned the Poland international the match ball as his one early first half strike and two second half netting saw him completing a brilliant hat trick to reach the very top of this season’s highest scorers’ list of the Bundesliga. He equaled the number of goals with his nearest opponent and former team mate at the Borussia Dortmund, Pierre Emerick Aubameyang as each of them have scored 24 goals a piece so far in the league.

Bayern’s German super star Thomas Muller scored a brace and Spanish midfielder Thiago Alcantara netted the other goal of the match. Muller needed this performance badly as he was not founding the net that much easily this season and would release a lot of pressure from him. The Munich based club are at the top of the ladder with 65 points and are clear 13 points ahead of the 2nd placed Leipzig.