Two bottom side of the premier league Crystal Palace and Sunderland came head to head in the clash of the underdogs. The Eagles hosted The Black Cats at the Selhurst Park on the Saturday afternoon. Many ones would have expected an Eagles’ win but Sam Allardyce’s side proved too weak to make any competition even against a visiting Sunderland side who are still ranked at the very bottom of the league table.

Black Cats might be the weakest side of the league after the first 24 EPL games but their performance against the Eagles was absolutely brilliant and there was no sign to guess them as the lowest ranked team in the competition. They didn’t just only get a win, they actually thrashed their opposition. The team who were unable to score in their very last two games and also were just able to find the net only four times in their last 5 league games combined, had put no less than 4 goals in the Palace’s net. 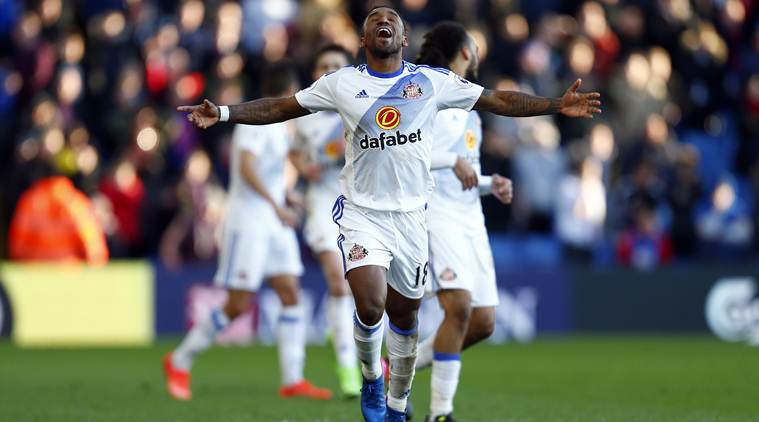 It is the first victory for David Moyes’ side in their last 7 EPL games. Lamine Kone opened the scoring for the visitors on the 9th minute of the game. It is the maiden goal of the season for the Cote d’Ivoire defender. The early lead boosted the confidence among the Sunderland players. Another blow was there for Allardyce’s team as their French midfielder Yohan Cabaye was forced to take off the field with just 27 minutes having passed on the ref’s clock and Joe Ledley replaced him.

Moyes’ side was in sparkling form during the end of the first half as they scored no less than 3 goals within very much short period. Midfielder of the Gabon, Didier Ndong doubled the lead on the 43rd minute and he also got his maiden goal of the season in a Sunderland shirt. Then Jermain Defoe got a brace within a very short period as the England international scored two goals in quick succession to give his team a comfortable 4 goals advantage before the break. Both assist was provided by young Belgian Adnan Januzaj. 34 years old English attacker, Defoe has netted on 14 occasions this season for his club. Last season he had struck 18 times for the same team.

Crystal Palace and Sunderland are currently sitting at the 19th and 20th position in the league respectively. Both of them have gained 19 points so far this season. Despite getting a very big win the Black Cats remained at the very last position as their counter parts have a better goal difference.