Swansea manager Bob Bradley gets supports from Niall Quinn, as the former Irish striker thinks that Bob is an exciting addition to the Premiere League. Swansea’s new American manager got some value for his worth from the former Sunderland striker on his latest column.

Swansea city won their first game under the 58 years old American against the Eagles. They won an insane game of 9 goals which was an absolute thriller. Finally Swansea city managed to earn three points which was much needed for them. It was like much needed Oxygen for the Swans, according to the former Man City forward. 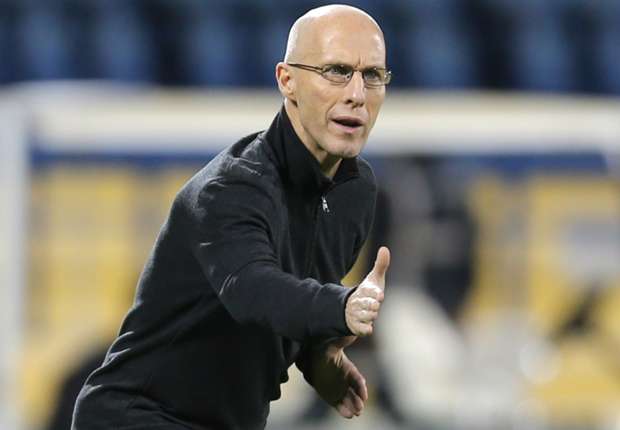 Swansea sacked their manager Francesco Guidolin, with whom they started the campaign. Mr. Quinn thinks that, that was quite a nontraditional move from the club like Swansea. The ex Sunderland chairman also feels for the gentleman Guidolin as he was fired so quickly in the campaign although he had to face big teams like Man City, Liverpool, Chelsea, Southampton very early in the season. He was sacked after 2-1 downfall against the All Reds.

The 58 years old American replaced the sacked manager, as the first ever American head coach in the Premiere League history. People started joking by saying that Bradley got the job just because Swansea City’s both the owners are American. Niall admitted that he also laughed at the very beginning but soon he realized & started feeling sorry for the former Egypt manager.

The former Arsenal striker highlighted the Swansea manager’s career as the experienced American has managed so many football teams. He was in charge of the US National Football Team. In 2010 FIFA World Cup in South Africa, USA topped the group in the first round under Bradley where they had a high profile opponent like England in their group. But Unfortunately they were knocked out by Ghana, a strong team of that world cup.

The brave American took the managerial job of Egypt National Team in Sepetember 2011 & moved to Cairo with his family. He showed some Audaciousness by accepting that role just months after the January revolution & a few months later the Port Said massacre took place. He had to train a national team  in a country where nothing was going right & domestic league had been suspended for two years. He still didn’t give up & electrified his team. He took his team in many countries to play friendly matches & won 7 out of 8 qualifying games of FIFA World Cup 2014 but was not just lucky enough to qualify as Egypt faced Ghana in the Play-Offs. Although they won the 2nd leg at home but knocked out because of being hammered in the 1st leg.

Niall Quinn paid tribute to the Swansea manager & upholds the 58 years old’s audaciousness by highlighting his career. The former Ireland International believes that a brave man like Bradley is the right person to lead Swansea to the right ways as the Swans are also going to face considerably weaker sides in the upcoming matches.