Tamim beyond Sakib and became the top centurian in Bangladesh. The opener made his seventh century in third one day against Afghanistan which boost the team to achieve 279 score. Tamim and Shakib Al Hasan had existed in the same position with six one-day century. The third one-day international century against Afghanistan on Saturday, leaving behind the world’s best all rounder Shakib Al Hasan. Tamim has uniquely made his own record.

Tamim was run out for 80 in the first one-day international century, with the chance to warm up. He had not repeat the mistake and blast the third match with 108.

Bangladesh’s batting record has almost all his own. The opener add just another record this year alone. The record for most centuries in ODIs now just Tamim. He jumped over Shakib Al Hasan and holding the first position. 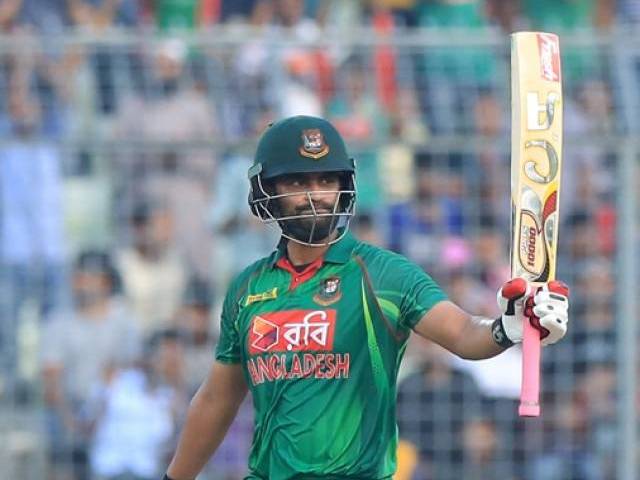 Last match of Afghanistan series, the opener for the time being at the top of the 7th century went up and touched the address alone. In before he holding 7 Test centuries and six ODI centuries. T20 the only century has come from his bat. ODI century at the top of the list this year was the first time alone.

However, could be the last one to touch a hundred runs. In the third over of Muhammad Nabu, Tamim near caught at mid-on. Afghan captain stanikzai sagara had incredibly missed the easiest chance and the batsman get another life.

He played for a while at the hearing. Ashraf mirza yaisa one hit over three or four in the eighth over. Jaratatukuo as it vanish. He played in his own image. Touched a 63-ball half-century. Reaches four to 10 110 tons.

After centuries it grew more and more destructive opener. He hit two consecutive four and two biggest sixes in the ball of Rahmat Shah. He was caught behind trying to hit six which was consuming by Mohammed Nabi. It had considered to be long-off boundary. He ended with 118 in 118 balls mindblowing score.

After ending the match the batsman told on a press conference  that for him every century is special. He added it did not fact whom do he play with. Each Century is the Century and it obviously special to him.

Now Tamim considering 15 centuries international century in his name. The 7 are in Test, 7 are in ODi and one in T20. He became the man who holding the century record in short format game. He is near to complete 5 thousand approach as the first Bangladeshi. Every statistics have repeatedly said that Tamim is the best in bat.