Taskin Ahmed return proved triumphant for Bangladesh team. After a breathtaking struggle he got the chance to play against Afghanistan. By joining the side he able to show his magic which gave a brilliant win to Bangladesh over Afghanistan.

Bangladesh consisted a slight scare to defeat the first ODI. But finally they turn into the match in their favor by seven runs. By playing the first ODI they scored 265 at Mirpur and gave the 266 run target to opposition.

Bangladesh became under pressure when Afghan scored 190 for 2. The Partnership of Rahmat Shah and Hashmatullah Shahidi  lasting for a long time. But Shakib Al hasan broken the partnership and soon they lost their all wickets. 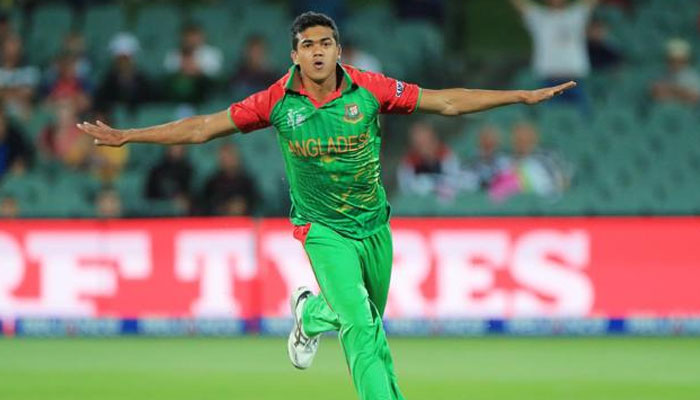 The Opposition played well. In last 24 balls they needed only 28 runs but Taskin somehow manage the game. He picked total 4 wickets. The pacer recently cleared his bowling action who was suspended during world t20 2016.

After joining the side he rocked yesterday. In last over it was do or die condition. From that condition he back the game in their favor. Now Bangladesh is leading with 1-0 score.

By winning the toss, Bangladesh captain Mashrafe Mortaza selected batting. The Opener Soumya Sarker could nothing and gone in the starting. The Tamim Iqbal control the situation and scored a balancing figure. His 80 run score made in 98 balls boost the team to get an honorable figure.

Mahmud Ullah also shown a outstanding performance in the first ODI. He done 62 out 74 deliveries. After Imrul and tamim he managed the team and boss them to get a good score. The world’s best all rounder Shakib Al Hasan add 48 runs off 40 balls to make the score 265.

Shakib also picked two wickets and became the player of the match. After winning the match Bangladesh seemed too relief and confident. But it could be said that Bangladesh needs too more hard working. As we saw the match they were not grabbed the match easily. So in future they needed to be more conscious and alert.

But when we talk about the Taskin he worked fabulous. As the Mustafizur did not part in the competition because of injury. Taskin manage the place brilliantly. The other guys as well as the captain Mashrafe and former captain Shakib also played too good. So it’s a pleasure for the Tiger, they get bounce back the pacer and it proved significant. So now it is hoped to the fans, he would show the same sort in the next.