The recent test captain of Pakistan team Misbah Ul Haq has just revealed a secret about his retirement from national team couple of days ago. He was asked about his future plan and he stated that Test skipper of Pakistan Misbah disclose about his retirement plans he was ready to make another world record which is to be the oldest test player in the world and to ensure of this, he is willing to play till 50 years age. He is now almost 42 years, and is considered one of the greatest player of this time. He was also the captain of Pakistan One day International but left the career after 2015 ICC World Cup. Since then, he just concentrates to test crickets. 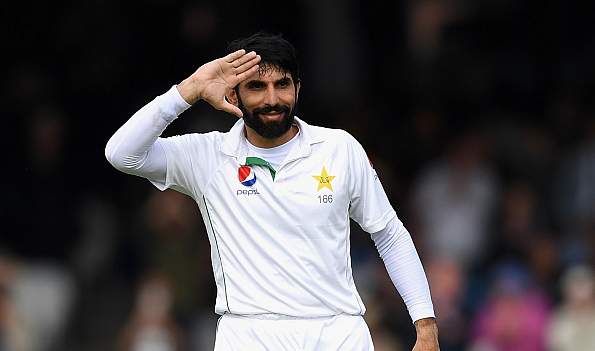 Now, the statement about retirement was possibly a joke but according to his current ability, he would perhaps able to play long time though he is currently 42. But, the age will not any fact to stop him where there are some players who made their test career after crossed 50. Now, English Wilfred Rhodes holds the records of the oldest test cricketer where he finished his test career at the age of 52 years and 156 days by playing 58 tests so far.

On the other hand, former English captain Nasser Hussain stated clearly that team Pakistan needs Misbah and he does not need to retire right now. He should play long as long as he can able. Nasser also told that he spoke with the Pakistan international and gave the same suggestion at the Oval.

Nasser Hussain thought that he would probably get good opportunity to retire where they still have a chance to be the #1 in test cricket if the India Vs West Indies result will go on their side. Now, they are standing in 2nd position according to ICC test ranking. But if they can manage to be the one, that will be the best opportunity for Misbah to announce of his retirement.

But Nasser also added that though he will get that great opportunity but still he thinks that this 42 years old will continue his career.