David Miller, left handed batsman of South Africa National team was linked with BPL franchise Rangpur Riders & according to the reports it was thought that killer Miller was set to play for the Riders for the last 6 games of the group stage. But on 21st November the protea batsman confirmed in the social media that he won’t take any part in this years BPL.

The 27 year old hard-hitting batsman tweeted that, he will not play in BPL this year & he just don’t want to be asked again. He has actually cleared the truth with message towards his fans.

The Pietermaritzburg born cricketer is a very popular face in T20 cricket. He has a vast experience to play in different T20 leagues around the world. He is a big name in IPL. The serious hitter of the cricket ball plays for IPL side Kings Xi Punjab since 2013. In the very last edition of the IPL he even captained the Kings Xi Punjab side for a couple of matches. 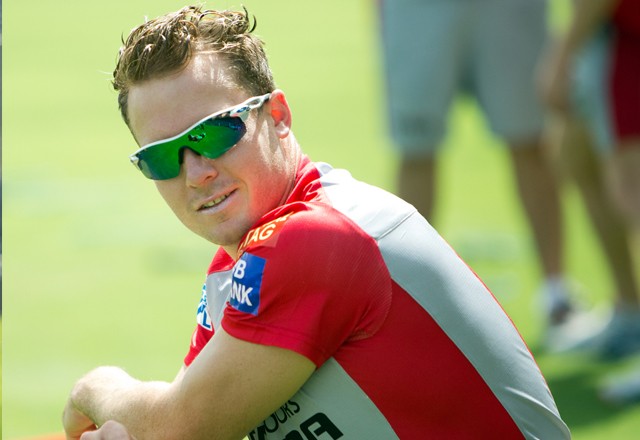 The South African batsman had his debut in 2010 & has a healthy average of more than 30 in 46 T20I matches so far. He played in the English T20 league too. He played for Durham & Yorkshire in 2011 & 2012 respectively. Killer Miller played in the last edition of CPL too. He appeared for the Darren Sammy led St. Lucia Zouks side.

The dangerous left-handed batsman is currently playing in the CSA T20 Challenge for the Knights. He has scored an unbeaten 120 off 61 in his last appearance so far, for the Knights against the Titans at Benoni. But unfortunately Titans won a last bowl thriller. David will probably continuing playing for the Knights in the upcoming matches of CSA T20 Challenge. Miller has signed for the Knights just this season after his long-term relationship of more than 9 years with his home town side, the Durban based club Dolphins.

Miller won’t play in BPL which is quite disappointing for the Rangpur Riders fans & also for his Bangladeshi fans. Miller is a very popular cricketer in Bangladesh. Miller is not playing but the Riders are flying high in the BPL. They have already secured 10 points after getting 5 wins out of the 6 games so far in BPL. Miller willnot be available but Riders fans must be hoping that Miller’s St. Lucia Zouks team mate, Aussie all-rounder Shane Watson will join their team for the last 4 group stage games in Dhaka.